Mercy Hospital is the last Catholic hospital in the Miami area and with keeping the Catholic healthcare ethics, no abortions will be provided here.  We are seeing more and more hospitals moving from the non profit areas into profit, due to economic conditions for the most part, in other words, running out of money.  Ironically we now have this NON PROFIT association to meet and discuss and determine HOW TO MAKE A PROFIT, what’s up with this?  Give this some real thought as to where 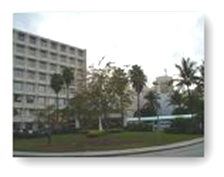 we are going today.

As posted yesterday, private equity firms are considering hospitals a “good buy” to move in and update operations and turn the facilities into money making hospitals.  The Caritas Hospital purchase even has a clause in their contract which allows a buy out of the “Catholic religion” ethics if it gets in the way of making money and we may probably have not heard the last of this issue as the purchase agreement moves forward. If you stop and look around you can see where insurance executives are going, to private equity firms.  BD

In what's likely to mean a major shift in the region's hospital competition, Mercy, Miami-Dade's only Catholic hospital, is on the verge of being sold to the for-profit HCA hospital chain.

Mercy's board announced Thursday it had signed a letter of intent to sell. The price was not disclosed. A joint press release said the ``transaction is expected to close as soon as possible.''

Under the agreement, Mercy Hospital will continue to operate as a Catholic hospital, said Chief Executive Manuel Anton. Among other things, that means no abortions will be performed at the facility. The abortion issue derailed a merger with Baptist Health South Florida in 1998.

The Spiritual Care Department will be maintained and employees will be trained in ``Catholic healthcare,'' according to the agreement.