First of all the data being used is from “old” reports and that has value but not for the future, a lot of which is unknown and changes almost daily.  Technology will help costs in many ways if it were allowed to be implemented in a “human” way instead of all the algorithms for care that keep surfacing.  The big problem too is that some of the data is created by individuals who do not even participate as a patient in their own healthcare, i.e. are not an informed patient themselves. 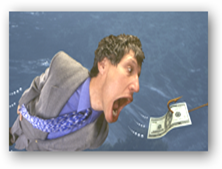 I just wrote about another New York hospital that closed yesterday and if everyone thinks that pay for performance is the ultimate answer, wrong, it just makes for more pressure and worse care as it disrupts the normal path of care between the doctors and patients and yes I agree there are goals to be met, we are simply going about this in the wrong way.  Pay for performance is good for sales, not all around healthcare.

Has anyone looked around lately at the news and seen what’s on the minds of doctors and nurses that are working under these constraints now and know that there’s more to come?  The whole idea is to make their jobs easier and not more difficult.  Again, as mentioned technology will help out a lot but the methodologies here just suck.  Insurers can’t even work with their own algorithms and are making errors right and left, so how in the world do they expect to rule on pay for performance issues, granted there will be mistakes there too.  The White House is even taking a deep look at where the IT money is going.

The new Los Angeles County Hospital is probably the most glaring example of a total mess up with being built without enough beds and granted they didn’t count on the Martin Luther King facility closure, but hey this is the BP version of healthcare.

We have some folks making decisions that shouldn’t be in those spots and budget cuts that are taking their toll. It’s ugly and running performance algorithms are not the 100% cure.  ONC is finding this out too so let’s not forget the hospitals have to follow this criteria as well focus on pay for performance measures that Medicare and every other insurer comes up with.

Long and short, we have no balance here and as long as we continue to rely on algorithms for everything in healthcare and forget that it is a human business there will be more casualties and even further distrust from all, and lots more unhappy doctors and nurses.

Last but not least HHS wants to increase health literacy, well we need some role models here and they don’t do very good at all themselves and don’t understand the problem with using technology as they are “non participants” so you have the blind leading the blind here, not a good solution.  If they weren’t so far removed from the real world perhaps we would see some progress.  BD

NEW YORK (Reuters Health) - The U.S. government's plan to base Medicare payments to hospitals on certain quality-of-care measures could end up transferring funds away from hospitals in the nation's poorest, underserved areas, an analysis published Tuesday suggests.

Pay-for-performance reimbursement plans essentially reward hospitals and doctors for meeting certain treatment goals established in medical guidelines. For example, guidelines state that heart attack patients should be given aspirin and drugs called beta-blockers when they are admitted to and discharged from the hospital; centers that better meet that goal would get greater reimbursements.

Pay-for-performance systems are in place in some countries, like the UK, Australia and Taiwan, and have been operating on a limited scale in the U.S. for several years. Now the federal government is poised to implement a nationwide pay-for-performance policy within Medicare, the health insurance program for Americans age 65 and older, and people with disabilities.

But concerns have been raised about the fairness of such a system, since it assumes that all hospitals have the resources they need to meet clinical performance measures.

Using data reported by 2,700 hospitals to Medicare between 2004 and 2007, the researchers assessed how well the centers were meeting goals for treating heart attack and heart failure patients. They also used government data to look at the economic health of each hospital's country -- including the level of poverty, unemployment and the availability of health professionals and college graduates in the local workforce.