This is probably not a bad thing at all as with doing this blog I see some very strange items getting funded and perhaps now with an additional review the right areas will be funded.  The focus as stated in the article is to specifically look at what is called “high risk” projects, and it also outlines that these are costly projects as 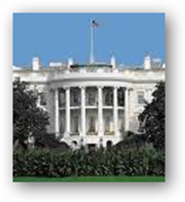 The only mention directly impacting healthcare is the VA, and it is not specific on which project in particular may be in question.  We know our government needs infrastructure updates all over the place after years of neglect from the prior administration that somehow didn’t see the value with investing.  BD

The White House on Monday instituted steps aimed at improving federal IT performance, including a temporary pause in more than $3 billion in annual spending on financial systems, detailed reviews of the "highest-risk" federal IT projects, and a policy review likely to result in new federal IT acquisition and management rules.  The Office of Management and Budget is conducting a detailed review of high-risk IT projects and placing a temporary pause on billions allocated annually to financial systems.

The three-pronged effort, laid out in two separate memos, one on the overall effort and another on financial systems modernization, comes as administration officials have continued the drumbeat of criticism of perceived gaps in technology and productivity between the private and public sector and wasteful spending on IT that often results in failed projects.

Agencies will have to re-scope these projects with shorter time frames, and review plans with the Office of Management and Budget. No new task orders or contracts may be awarded until OMB analysts determine that the agency plans can move forward efficiently and effectively.

OMB reviews of financial system modernization projects will begin almost immediately. The first reviews, with the Departments of Homeland Security, Energy, and Veterans Affairs, will take place next Friday.

Second, federal CIO Vivek Kundra will soon begin to carry out detailed reviews of "the highest-risk" federal IT projects. In the call with reporters, Kundra pointed out that $27 billion in federal IT spending is on projects that are "significantly" over budget or behind schedule.  As part of the review, OMB will engage the private sector, including software companies, IT contractors, academia, CIOs and more.