Home » Insurance » Medically Related » 35,000 Humana Patients Could Soon Be Dropped From Humana in San Antonio – New Contracts and Hospital Reimbursement Was Too Low For Part of the Insured

35,000 Humana Patients Could Soon Be Dropped From Humana in San Antonio – New Contracts and Hospital Reimbursement Was Too Low For Part of the Insured 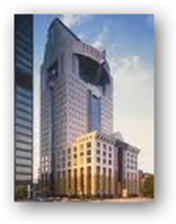 by HCA and 50% by the Methodist Healthcare Ministries, interesting combination over the yeas of acquisitions and mergers.

Not all patients are affected but 35,000 is large enough, again this is due to contract break downs and nothing to to individually with patients, but as usual the patients are the ones who are inconvenienced.  Humana's Medicare and commercial health maintenance organization consumers are the one affected so others such as fee for service agreements remain.  Boy this get tough with contracts, as it is not either all or nothing anymore, it’s like let me check and see. BD

Humana officials in San Antonio announced Monday that talks had stalled with the Methodist Healthcare System, and they were notifying 35,000 HMO  members that the five local Methodist hospitals would no longer be part of their network beginning Aug. 1.

The move would only affect customers of Humana's Medicare and commercial health maintenance organizations, which make up about 8 percent of the insurance company's 429,000 local customers, said company spokesman Ross McLerran. The rest are covered by other plans, including preferred provider organizations and fee-for-service plans, as well as Tricare, the military insurance plan.

In a written statement, the company blamed “a difference of opinion with regard to fair and reasonable rates relative to hospital reimbursement.”

Ironically, Humana used to own three of the five local Methodist hospitals: Metropolitan Methodist, Methodist Specialty and Transplant, and Northeast Methodist. The company sold its U.S. hospitals in 1993 to the Columbia Hospital Corp., which evolved into HCA. Methodist and HCA merged the following year, with HCA acquiring half of the local Methodist system.

Humana members were asked to call the customer service telephone number on the back of their identification card or the company's website to confirm in-network providers.