Home » Insurance » Medically Related » Other Items of Interest » CMS proposes 6.1% cut in Medicare For Doctors in January 2011 – One More Reason To Have A Permanent Fix

CMS proposes 6.1% cut in Medicare For Doctors in January 2011 – One More Reason To Have A Permanent Fix

Thank goodness Congress acted and gave the extension until December 1st, but we have the other side at CMS looking at their budget saying we want to cut based on the sustainable growth rate formula by 6.1%, which needs to go away as at this point with current series of events over the years that have occurred it is certainly outdated and no longer a viable measure.  One other item here, just think of the stress and unrest this creates every time it comes around. 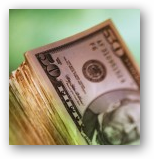 Now we know November will be a busy time with elections happening all over the country, and hopefully this will not go as long as it did this time with actually having to make data changes with check.  CMS says this cut is in addition to the standard 21% cut that has been looming over everyone’s head for years.  We keep going around and around here and this is not the first time CMS has given their recommendations and it is almost beginning to resemble a game of cat and mouse with each area “doing legally what they are supposed to do”.

If you want additional interest with the new CMS incentive page for EHR/EMR use, this would be a good first move to fix this issue.  BD

Physicians would receive a 6.1% cut to their Medicare payments starting Jan. 1, 2011, under a proposed rule issued by the CMS. That reduction would be in addition to a projected 23.5% cut that is scheduled to take effect Dec. 1, provided that Congress doesn't act to change it.

The proposed rule also seeks to implement an incentive payment for primary-care services as well as provisions in the new health reform law that would eliminate out-of-pocket costs for most preventive services. Comments on the proposed rule are due Aug. 24, with a final rule to be issued by Nov. 1.