We now have one more extension approved by Congress and in addition to being the month for Thanksgiving it is election time too, which may or may not have any influence.  This is what happened last week so some type of progress is being made. 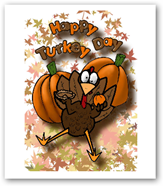 It would certainly be nice to have a permanent fix so both Medicare patients and doctors could breathe easier.  Every time this comes up it seems the delays get longer for the temporary fix as this time CMS had to begin issuing checks with the cuts as the 10 grace period expired this time too.  I imagine we will hear some updates on any retroactive actions.  BD

The House voted 417-1 to pass the measure, a week after the Senate confirmed it unanimously.

It means that a pending 21% cut in payments to physicians that see Medicare patients will be delayed through the rest of the year.

House Speaker Nancy Pelosi (D., Calif.) said earlier Thursday that in light of the Senate's failure to approve more comprehensive legislation including funds to avoid the payment reductions, the House would move to ensure doctors don't see the reduction in their payment rates.

Just two days later, it appears that in the face of the Senate's inability to win sufficient support for the larger bill, House Democratic leadership feels its hands have been tied on the matter