It was just last week that I posted about Caritas hospitals in Massachusetts that was coming out of bankruptcy and basically was out of money and now are being purchased by a private equity firm, with an option of 25 million to lose their religion, in other words the cash buy out for moving the Catholic ethics from the chain.  The private equity firm is not even here in the US but rather in the UK. 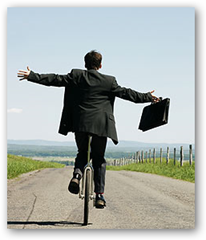 One more area of job creations is this “non profit” trade association in healthcare investments, created to talk about how to create “profits”.

I wonder do the folks on Wall Street ever wonder who’s going to take care of them when they need healthcare and what is the quality they will receive?  Pretty soon the best that money can buy may not resemble what it is today as more facilities are turned into for profit organizations.
In California we have several hospitals that were purchased and turned into “for profit” hospitals and in comparison to what services they offered before, they are literally “ghost towns” here today with providing good ER room services as many of the other programs such as support groups for cancer victims and many more are out the window as they didn’t make a buck and it created huge balance due billing problems.

Perhaps more jobs were needed to stay on top and advise on the stocks overseas, such as what is occurring in healthcare.  Health insurer United is right in there too with their Chinese gateway company to bring Chinese drugs and medical devices to the US at cheaper prices to compete against US companies.

I am guessing hiring is up there as the next round of algorithms is focusing on global investments and what is left here in the US with healthcare entities struggling to stay alive will just be scooped up by one more investor group, and perhaps not even here in the US.  When you look at the money being offered here and and bragging rights while the rest of the US still struggles to create jobs, does any of this make sense?  BD


Firms are adding jobs for the first time in two years, rebuilding businesses cut during the financial crisis and offering guaranteed payouts to lure top bankers. In New York, 6,800 financial-industry positions were added from the end of February through May, the largest three-month increase since 2008, according to the New York State Department of Labor.
Morgan Stanley and Citigroup Inc. are among banks that are hiring to replenish their ranks, while Nomura Holdings Inc. and Jefferies Group Inc. have been recruiting talent from larger firms in a bid to increase their standing on Wall Street.
Five of the largest banks on Wall Street -- Bank of America Corp., JPMorgan Chase & Co., Citigroup, Goldman Sachs Group Inc. and Morgan Stanley -- increased their total headcount in the first quarter, the first three-month jump since the start of 2009, when Bank of America purchased Merrill Lynch & Co. The five banks posted combined net income of $16.2 billion in the first quarter, and three reported record fixed-income trading revenue. It was the highest combined profit for the banks since the second quarter of 2007.
Firms are paying 30 percent to 40 percent more than what employees are expecting to earn to lure them from other banks this year, according to an April report from Options Group, a New York-based executive search and compensation consulting company. Equity derivatives and commodities trading are two of the fastest-growing areas, the report said.
The demand for investment bankers and traders has led some firms to offer pay packages as high as $8 million, including guaranteed bonuses, which are paid regardless of an employee’s or the company’s performance, recruiters said. That recalls Wall Street compensation practices before the credit crisis forced banks to cut more than 345,000 jobs worldwide.

Wall Street Hiring Jumps Most Since 2008 as Guarantees Return - Bloomberg