This is a big blow to everyone and in the words of some BP executives are we “the small or little people” out here?  This situation has gone on for years and an area that needs precedence.  Starting tomorrow CMS will begin issuing payments with the cuts.  Now I’m sure there may be some future talks here and perhaps some retro-active laws and/or rules come about, but this doesn’t say much for those who represent doctors and the unemployed as those extended benefits are in the same bill and they come to a close without legislative action. 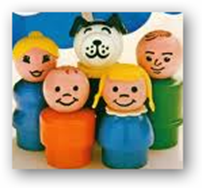 I don’t know about you but I do grow very tired of hearing about all the money being thrown around for grants here and grants there by HHS and that’s all that seems to get done as well.  Everyone but nobody is an expert and has the answers. What really is bad about letting this go is the fact that even a temporary provision seems to “save face” but this to me is the ultimate kick in the teeth and they have had years to work at this.

In addition I’ll switch gears here a moment to address all the data changes that have to be done in order to stay within compliance with processing the claims – they don’t get the fact that these maneuvers cost a ton of money too – again “the non participants” with Health IT that don’t get it.

In the meantime we have “The Giving Pledge” started to emphasize philanthropy and the reason to give in tough economic times.

I have an idea here, why doesn’t the President bring some of these folks into his cabinet?  It certainly couldn’t hurt to have some fresh ideas and those who have some technology expertise to help guide the “non participants”.  BD

June 17, 2010 — In a last-minute shock to physicians, the Senate voted today against postponing a scheduled 21% reduction in Medicare reimbursement to physicians and other health providers.

A compromise proposed by Sen. Max Baucus (D-MT) was defeated largely along party lines, with no Republican support. The compromise was put forward after the Senate had rejected a $140 billion finance package yesterday that would have delayed the cut in Medicare payments to physicians until 2012, along with measures to extend unemployment benefits and provide $24 billion to states to cope with their Medicaid programs.

The lower-spending compromise bill, dropping the total cost to $118 billion and the overall deficit impact from $79 billion to $55 billion, would have delayed the planned Medicare cuts and provided a 2.2% raise for physicians through November 30, rather than for the 19 months mandated by the earlier bill.

Just before the vote, when the 6-month fix was still seen as viable, the AMA condemned it, saying that Congress has broken its promise to America's seniors and military families. In a news release titled, "Senate Fiddles as Medicare Burns," AMA President Cecil B. Wilson, MD, noted that Congress has been arguing about the "doc fix" for months.