The big word here is federal income taxes on government subsidies for company-sponsored prescription coverage.  Although this does not come into play for a couple years yet, companies are preparing to make the changes now as well all know how long that can take. 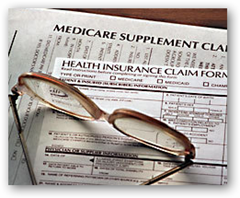 After utilizing business intelligence software and consulting services, the resulting cost savings aim at no longer providing the benefits via the employer, but rather shifting retirees to a Medicare Part D plan.  In addition to other US companies, Navistar as used in this example from the Wall Street Journal is stating that to continue with current benefits, it is beginning to affect their standing and sales in the current market, and thus could end up being at the bottom of line with sales.

There’s another important area that has been brewing in the news too with even current employees being dropped as big companies have found it may be cheaper to pay fines than to pay for benefits.  AT &T has been on of mention.  So whether one is currently employed or a retiree, this impact of business studies and models to sustain the company in the future keeps popping up.  Navistar has a union to deal with and other companies do not so changes with those companies could stand to come a bit sooner with not having to negotiate.  BD

Companies that administer Part D Supplements have been very profitable due to government interactions but that is one item that is slated to change down the road too.  This rather small company, Bravo, made over a billion dollars in profit last year so you can get an idea why reform with Part D is in order.  BD

A plan by Navistar International Corp. (NAV) to drop some retirees' prescription benefits has run into union opposition, turning into a skirmish that is likely to be replayed at other U.S. companies in the wake of federal health-care reforms.

The truck and engine maker is trying to reduce its costs for retiree benefits and trim its exposure to additional federal taxes by shifting coverage for Medicare-eligible retirees' prescriptions from the company's insurance to the Medicare Part D program beginning July 1.

The United Auto Workers Union is opposing the shift, arguing that it will result in higher premiums and inferior coverage for retirees.

Benefits experts say hundreds of other companies will likely follow Navistar in switching retirees to Part D coverage before federal income taxes on government subsidies for company-sponsored prescription coverage come into force in 2013.

"The use of the Part D program is clearly the direction we're going," said Stuart Alden, director of actuarial practice for Towers Watson, an employee-benefits consulting firm. "The big employers are analyzing it now and considering it for either 2011 or 2012. The retiree drug subsidies will fade from view."

The company says its efforts to reel in costs have been repeatedly blocked by union representatives on a committee responsible for refereeing disputes about benefits and eligibility.

"Every change since 1993 that adds to costs is a benefit to which the [retirees are] entitled," said Navistar in its complaint describing its perception of the committee's decision-making. "But every change that reduces costs is a prohibited and a violation of the settlement agreement."

The company said escalating retiree expenses make it uncompetitive with rival truck manufacturers that don't have similar obligations for retirees.