In the future Medicare Part D contributions will be dwindling from the government, so how do they anticipate keeping such high profit levels, premium increases for the insured, like everyone else out there. 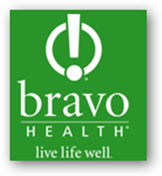 As we all know the Medicare Advantage plans have been a big cash cow for years and with healthcare reform the picture is slowing beginning to change.  When you look at the positions listed below, I don’t see any doctors listed here, but rather nurse practitioners are on the list.   Also heavy on the list are Health IT analysts, the folks that create the algorithms for cost control and profit to work with the financial gurus, so again we are back again to using business intelligence to find and locate markets and determine what portion of the expenses can be shifted to the participants.  BD

About a year after the health care company said it was expanding its space in the city to hire another 200 workers, Bravo is now adding between 30 and 40 new employees a month, said Jeff Folick, the company’s CEO. But not all of the jobs are in Baltimore. Some are in Pennsylvania and Texas, where the company also does business.

So the company is looking for new staffers to accommodate the growth, Folick said. For its headquarters in Baltimore, Bravo Health is usually looking for claims processors, customer service representatives, financial gurus, individuals who can help enroll new members and IT experts. The company’s headquarters is located in Brewers Hill in Southeast Baltimore.

Among the clinical positions Bravo currently has open? Mostly pharmacists, nurse practitioners and other care coordinators.