The city is blaming Human Resources for this big oversight here and I ask too what about the insurers who kept collecting the money?  If some of the people were covered under an HMO, didn’t some of those folks come up for a mammogram 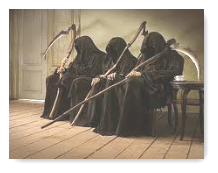 screening?  Actually this is a disconnect here too as I know doctors that have been bit by their management programs and dinged out of P4P for not conducting those exams and the doctors have had to tell the insurance company that those patients needing mammograms have died.  That’s a real nice way to hack off a doctor by deducting bonus money for mammograms not done on dead patients.

The story said the HR Department suffered a “meltdown” and some health insurance premiums were paid twice for up to 250 sanitation workers, but I bet they didn’t get double the benefits!  This reminds me of another story with dead doctors so this is the perfect storm here if you have dead doctors sending through claims for dead patients and a loophole to check out for fraud.

You never know until you audit this stuff and this is exactly why better infrastructure is needed.  With claims we pay for software that is supposed to catch stuff like this so where in the heck was that software to prevent fraud here that the insurance company was more than likely paying for from a 3rd party?

Some workers had been dead for 4 years!  I guess nobody checked when they didn’t show up for their shift.

Someone played “cheap” on both sides of this story without using the Social Security Data base Death Index to cross reference as it does cost a few dollars, but probably a few hundred dollars compared to 2 Million here would have been a real good investment. 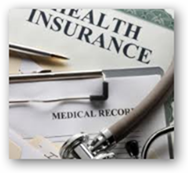 don’t have general consumer IT knowledge and those asking and seeing the value with software like this get turned down.  I have seen CEOs do it so all of them are not that smart either.  Look what cheap did to TJMaxx, and what it created for a simple example.

I guess this was a good thing it was caught now before some of these folks were perhaps considered to be candidates for insurance exchanges <grin>.

Aug. 13--The City of Buffalo has paid nearly $2 million for health insurance premiums for 152 deceased employees, several of whom have been dead for four years, according to an audit released Thursday.

What's more disturbing, said City Comptroller Andrew A. SanFilippo, is that officials in the city's Human Resources Department were ordered by Mayor Byron W. Brown seven months ago to tighten controls and take new steps to ferret out "systemic problems" that triggered improper payments and other glaring mistakes.

"To be honest, it's a disgrace," SanFilippo told The Buffalo News. "It's a major embarrassment to the city and a $2 million slap in the face to taxpayers."

"It's the prerogative of the mayor to make a determination and assessment as to whether he feels there has to be some sort of an adjustment or amendment in personnel," SanFilippo said. "I don't make that decision."