I talk quite a bit about the paradigms of “its for those guys over there” with our Congress and leadership and by gosh, here’s a perfect example, on the air for all to hear.  How many times have we seen this in the news about not using your cell phone and driving without a hands free connection.

Well this Congressional Representative thinks he’s above the law and evidently he is as he got away with a warning and the entire crowd on the radio show heard it loud and clear!  The reason he was pulled over was for speeding but you can read where his own staff member says he was driving without a hands free device.  The “Oprah” police should be all over this one as her show has dedicated a show for safety with cell phones and has had some fund raisers to bring this awareness around.

I live in California where this is against the law and fines and tickets are given as this state sees it as a violation and yes I have a hands free solution in my car and funny thing too he lives the same state!, Duh!   This is the perfect example of what I talk about all the time “the non participants” and why the levels of confidence are at an all time low!  This is what I use.

I realize we have big budgets here but in the name of safety and basic consumer IT knowledge do you think members of Congress can cough up $40.00 like I did?  You can take the device from car to car as it plugs into the cigarette lighter and I use it all the time, so if you travel, pack one in your suit case if you rent cars.  You will need to have a phone that does blue tooth, but gee only those living in the stone age have not discovered this yet. 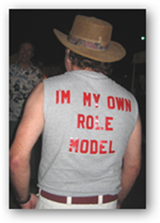 We want role models but is this as good as it gets?  We read about healthcare literacy and safety in the US and beat up citizens with their lack of literacy, well how about those at the top and their illiteracy?  They don’t get it.

I also live in a district in Orange County that is one of top hi tech pockets in the US and get our representative uses technology our of the 70s for town hall meetings with no advance notice, not on the web, you just get a phone call at random to participate, that is if you happen to be home, and you are privileged to be included I think. It’s almost like “Johnny”s home” if you get my drift.  Maybe this is one more who might end up on the retirement ladder as you can’t make laws today and use current technologies and retain the attitude of “its for those guys over there”, as “those guys” are developing a new level of non tolerance and the movement is picking up steam quickly.

So I come back to safety and ask the question of why is this tolerated from leaders who are supposed to be examples?  Some members didn’t even bother to secure their home wireless networks and any member of the Geek Squad for a simple example would have been more than happy to help them by either explaining or doing it for them and some of these folks were on the Homeland Security Committee.  This is a really cause for concern with lack of general consumer IT knowledge here.

Transparency is going to continue to rip away what has been buried under the carpet in the past so a shift in paradigms and participating leaders certainly could not hurt.  BD

SACRAMENTO, Calif. (AP) -- California Rep. Dan Lungren was forced to cut short a radio interview when he was stopped by police for speeding while he was live on the air.

The Sacramento Republican was pulled over while talking to KFBK radio Friday morning on his way from his Virginia home to his Washington, D.C. office.

On the air, a police officer could be heard telling Lungren to hang up his phone. Lungren explained to the interviewer that he had been driving "probably just slightly over the speed limit."

Lungren spokesman Brian Kaveney said his boss believes he also caught the officer's eye because he was using his phone without a handsfree device, though that is not illegal in Virginia.

The 3rd District lawmaker got off with a warning.