Not too long ago I posted about “claim scoring” and from what is said in this article, it could very well be the case.  What is interesting is that the 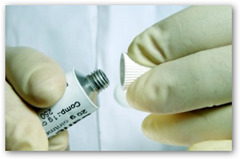 carriers they used “all” quit accepting the claims in 5 day period after all had paid claims for the same procedures until that point.  Were they all using the same software and services that alerted them to a high level of expense, in other words were the claims “graded”.

The representatives of the various dermatology clinics feel this is the case as stated below with business intelligence provided by Ingenix.  You can read more about “scoring” at a prior post below.

Health Insurance Premiums To Rise 29 Percent Letter Sent by Insurer – What Does Your Score Say?

Business Intelligence software is used to help defeat fraud, which nobody likes, but does it cross the line and get shifted towards risk management and profit to a point?  It could by simply modifying some code to change the parameters of an SQL statement or query and define the software to produce desired results and attach a transaction fee to each claim or entry.

As I mention quite frequently, all the decisions are done with algorithms, thus laws that are algorithmic centric today would really make sense along with open code to see how this is done so the SEC can audit and make sure we are all on the right track.

You can read more at the link below and about the legal problem with Ingenix (United Health Care subsidiary) from a few weeks ago relative to the corrupt customary data intelligence files used by many of the big carriers.

If you have read to this point, do you still question why we need reform?  The algorithms are only going to get tougher and aggregated further if you will, so again laws that don’t specifically spell out parameters are getting to be outdated and in today’s world, we need to be specific as there are many dark holes and ways that things can slip between the cracks if not monitored and checked, it’s a computer code game that is directly tied to money.  BD 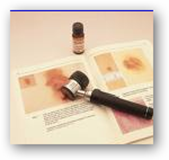 Elvia Levrier thought she was doing a good thing when she took her daughter Desiree to a Vista dermatology clinic operated by the California Dermatology Center, to help clear up some skin problems. More than $10,000 later, she’s not so sure.

“They told me my insurance would cover everything and that I wouldn’t have to worry,” Levrier said.

It didn’t work out that way. Over the course of six or seven months in 2006 and early 2007, Levrier’s daughter went to the clinic about a dozen times. She was given a variety of treatments, ranging in cost from $25 to a high of $1,500, according to her bills. All told, Levrier was charged more than $8,000 for what she said was a moderate case of acne. She stopped taking her daughter when she received the first bill in February 2007 - eight months after the initial visit.

Finally, in April, the account was turned over to a New York-based collection agency, but not before a $1,700 “collection fee” and another $123 in interest were tacked on, bringing the total bill to just over $10,000.

“It just seemed very strange that all the insurance companies stopped paying us within a five-day period. As much as it was a shock for the patients, it was a bigger shock for us,” Ledesma said.

According to him, the insurance companies argued that many of the treatments patients were receiving, which they’d paid for before, were experimental and therefore, no longer covered.

The question remains: What prompted the insurance companies to refuse to pay so suddenly?

Ledesma said the decision came from what he called the special investigations unit of Ingenix, a Minneapolis-based company owned by United Health Group that sells information services to many insurance companies. He believes their clinics were singled out because Ingenix noticed a high number of claims.