This is the big question on the minds of the FDA, Congress and others.  Are you getting treatment for one ailment and creating another one?  Who has the best drug with the least amount of side effects and what’s in it for profit?  It is somewhat amazing with transparency the questions that are arising today with drugs, studies, clinical trials and more importantly, ethics.

It’s pretty ugly to perhaps admit that ethics were buried along the way here, but the investigation will hopefully come up with some suggestions and answers.  If you 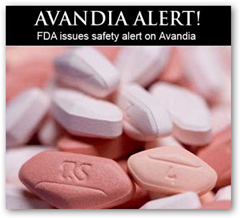 expose those side effects, it will have an impact on sales.  Actos as mentioned here has no known side effects.  All these studies may not mean a whole lot unless you are taking Avandia, then it means everything as it may have impact on your drug therapy.  Sure we want to fight the war on diabetes but don’t want to create heart attacks in doing so.

One other side note here is that if in fact there is a substantiated danger, who’s going to want to make a generic when the patent runs out?  Generic drugs are showing to be very profitable so that is somewhat a secondary impact that could halt or impact a generic manufacturer with wanting to produce one as if the name brand causes heart attacks, we certainly would not be doing any good to create a generic that does the same thing.

It comes down sometimes to how and who is doing the interpretations here, so the jury is still out, but sales are down.  BD

Sen. Max Baucus, chairman of the Senate Finance Committee, and Chuck Grassley, the committee's ranking Republican, released the report, which follows a two-year inquiry, on Saturday. They are also asking the U.S. Food and Drug Administration why it allowed a clinical trial of Avandia to continue even after the agency estimated that the drug caused 83,000 heart attacks between 1999 and 2007.

Based on its knowledge of the heart attack risks, GlaxoSmithKline "had a duty to sufficiently warn patients and the FDA of its concerns in a timely manner," the report said.

GlaxoSmithKline said in a statement the drug is safe. It said the committee report took data out of context from analyses of Avandia.

Avandia was Glaxo's third best-selling drug in 2006 with revenue of $2.2 billion. But the safety concerns disclosed the following year slashed revenue to $1.2 billion by the end of 2008.  But FDA researchers quoted in the report called the study "unethical and exploitative," since patients will continue taking Avandia, a drug with known risks, over Actos, which has not shown any links to heart problems.

In May 2007, the New England Journal of Medicine published an analysis of dozens of studies on nearly 28,000 people who had taken Avandia. The journal said there was a 43 percent higher risk of heart attack for those taking Avandia compared to people taking other diabetes drugs or no diabetes medication. The findings raised concerns because two-thirds of the people with Type 2 diabetes, the most common form, die of heart problems.