When fines are levied and paid, do the doctors or patients ever see anything returned?  This is pretty calculated risk management on the given example below when they man had to pay over $1200 out of his own pocket for an MRI, no standard and customary corrupted data base said only $419 was allowed to be applied toward 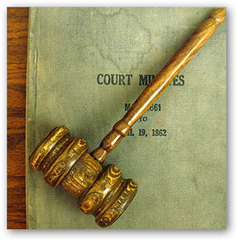 the deductible.  You have to remember in some instances this went on for 8-9 years, that’s a lot of claims. Ingenix is the wholly owned subsidiary of United Healthcare that created the formulas, so they collected both ways, from consumers and from other insurance companies to license and be able to use the data base and I might guess collected some nice transactional fees from their competition.  Doctors in Connecticut found out who Ingenix was last week with requests for patient data.

They are the data house and algorithm masters for sure when it comes to creating and carving revenue out of areas where it did not exist before.  I also wonder why they are awarded contracts to fight fraud at hospitals and governments, what do those algorithms do besides perhaps increase stockholder dividends?   Don’t forget insurers still have the MIB at their fingertips to also collect and share data on all of us, it’s been around for years.  Some patients have gone through absolute hell trying to get errors in those files corrected at the MIB and are denied coverage by what’s on file there.

We also have clinical trial companies partnering with them so they can help identify candidates for clinical trials and market them.

The company also makes money selling all your prescription data and you can read more how that works as there are a few others out there making big dollars doing it too.  There seems to be more lawsuits showing up since Attorney General Cuomo of New York proved his case.  I’m just wondering if the other insurers are going to sue Ingenix some day, would they?  Could they?  This is just me speaking out loud here on this last question.  BD

The practice effects consumers who use doctors who don't participate in their health insurance plans and the physicians who provide so-called out-of-network services, according to the lawsuit filed by Palm Beach Gardens attorney William Wright. He is seeking millions for the estimated thousands of people covered by Blue Cross Blue Shield of Florida statewide, as well as the millions the Jacksonville-based company serves across the nation.

While the lawsuit targets Blue Cross, it isn't the only insurer that intentionally underestimates how much medical procedures cost, Wright claims.

A study by Cuomo's office found that reimbursement rates in New York were 10 to 28 percent lower than the real costs.

The impacts are magnified for patients and their doctors, Wright said. For instance, his client, Palm Springs resident Daniel Williams, was charged $1,210 for an MRI. Blue Cross said it should have cost $419. Since he hadn't met his deductible, it wouldn't cover it. Further, it wouldn't allow him to claim the full amount toward his deductible.

In many cases, doctors who provide out-of-network services never receive the full amount or have to spend extra money persuading patients to pay up, Wright said. Williams' claims are the basis of what he hopes will become a class-action lawsuit.