Administration Not Satisfied with Blue Cross Explanation of Recent Rate Increase – Did They Bring the Algorithms?

In reading through this article the information that the administration relied upon was that filed with the SEC, but is this a complete story with enough audit trails to have a true picture?  I’m not saying that carriers didn’t file the information by any means, but does the SEC have enough technology and other related

information to give this a real whack? I say this as the words of Harry Markopoulos still ring through my ears when he declared the information he presented was not understood and they didn’t know what to do with it.  So the question here is was there adequate enough information supplied and has the SEC upgraded their technology where needed so we are not short changed in the information department.

Granted they had some expenses with a security breach and also made about 5 million from selling their pharmacy benefit management company in 2009 as far as activities.  This article also states that with less insured, Blue Cross as well as the others made record profits.  It makes you wonder, does the health insurance industry still need me?  I did a post relating to the economy to that effect not too long ago.

There are carriers like United that make more money from their technology today than they do from policies, so again it does make one wonder if humans here too are part of the overall business intelligence profit plan.  The technology side of United, Ingenix just bought another company that does business intelligence software just like they do in 2009.

Back in August of 2009 I wrote this post with reading about the hundreds of millions invested by United, and not that technology is bad thing by any means, but can you function both as technology and insurer and do it right?

We hear from Wendell Potter who worked in the industry for years about how it functions.

Blue Cross has a Venture Capital arm created in 2008.

In short in reading every day on the insurance industry in the US I run across a lot of stuff and read about different occurrences all over the US.  As I always say it’s in the algorithms and had a post about that today to hopefully wake some individuals up out of tech denial.  It seems like within the last couple months we are seeing some real aggression here, and I mean outside the “tea parties” which were pretty much just created to house a huge area of distraction so the real business intelligence can continue to work and develop behind the scenes.  If you watched the news with all the coverage, the TEA PARTY DISTRACTION has been pretty successful in doing just that with attracting and playing on the emotions of the ignorant and keeping a constant state of turmoil so rationality has a hard time getting through.

My next question and perhaps the SEC has adequate records in this area, but what do the reserve pools, or rainy day funds of the carriers look like?  They are required by law to keep reserves and we don’t want to be shortchanged again, so when I start seeing such radical moves as what has happened in the last couple of months, it just makes me wonder.  In addition, do any of the carriers use “reinsurers” and if so that is their status and are they in fact solvent too.

When it comes to solvency we just want to know that we are not going to be stuck in the insurance department again with the likes of AIG who’s reserves were nowhere to be found.  This time though, if we have a mini “Wall Street” fall of health insurance companies fall, there’s a lot more at risk as far as people getting their health needs taken care of too, so this makes one huge case for health insurance companies to be off the market and back to a non profit status. 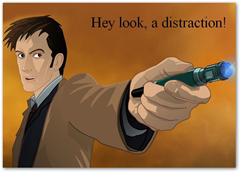 We have seen a small bit of this already with Andrew Cuomo getting the “corrupted” data base created, marketed, and sold by Ingenix for years to be turned over to a new non profit organization to run it.  Pay attention here as this is one big clue we should not over look as more cards fall into the deck and could be a sign of the times.  So again when it comes to information, solvency and non profit status are 2 of my big concerns and if the reserves are shaky, let’s address that now before it could be too late.  Again having the assurance that RESERVES and REINSURERS are financially stable and have liquidity right now is something that should not be overlooked in the scheme of all of this as we don’t know what goes on behind closed doors often enough.  If we can stave off thinking about an IPAD for a few days and keep distraction out of the way and explore this and the SEC having the ability to report all of this, I think we would be miles ahead.  BD

Anthem Blue Cross, the California health insurance company that was criticized by the Obama administration for raising its premiums, said Thursday that the increases of up to 39 percent were driven by rising health care costs.

But Kathleen Sebelius, the secretary of health and human services, declared the explanation inadequate, especially in light of the profits made by Anthem’s parent company, WellPoint Inc.

“It remains difficult to understand how a company that made $2.7 billion in the last quarter of 2009 alone can justify massive increases that will leave consumers with nothing but bad options,” she said. Those options, she suggested, were to pay more for coverage, cut back on benefits or join the ranks of the uninsured.

The companies are WellPoint, Cigna, UnitedHealth Group Inc., Aetna Inc. and Humana Inc. The data in the report were based on company filings with the Securities and Exchange Commission.