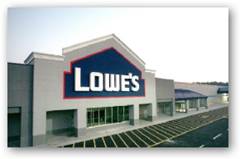 dependents.  Lowes will pay traveling and lodging expenses and waive the $500 deductible and other out of pocket expenses.  It must be one heck of a contract.

Patients need to be pre-approved ahead of time.  This is the first I have seen of a company contracting directly with a hospital and I wonder if this is going to trend for other big corporations who are self insured.  BD

CLEVELAND, Ohio -- With medical costs climbing and health care reform stalled, Lowe's Companies Inc. decided to shop nationally for the best deal in heart surgery for its employees, and it landed at the Cleveland Clinic.

The nation's second-largest home improvement retailer reached a three-year agreement with the Clinic. The deal was praised widely as a groundbreaking business effort to purchase health care based on documented quality and value. The move could spur others to shop far and wide for medical treatment.

"This is the first I've seen a multistate, national company choose a center of excellence and make it available to their employees," said Dr. Jack Lewin, chief executive of the American College of Cardiology.