It sounds like I’m going to have to revive my series from last year called “Desperate Hospitals” soon.  How many doctors in Los Angeles county are sitting out there 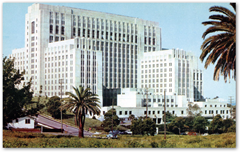 with unpaid claims I wonder. The hospitals will be in a spot to make up the difference.  I like to use this picture of the old LA County hospital as it somewhat reminds me of where the thinking is today, in the past.

This is tough as 55% of the hospitals in the US are already operating in the red. and more than half of LA County’s hospitals are operating in the red.  Do we see and recognize RED?   If things were not that bad we wouldn’t need these folks coming around to help for a second time.  Thank goodness they exist and are jumping in to help, a great effort by all means by those who still have a sense of human decency lead by Stan Brock.

Specialists will be the first no doubt to leave the gambit, and again some of these doctors are already sitting on unpaid claims.   Right now we have private insurers wanting a rate increase to the tune of some very larger numbers in California.  I guess it seems we might just end up with a “public or private” plan by default.  In listening to some news in another state,  a spokesperson for Blue Cross said in Rhode Island that they only have reserves to cover up to 2 months of claims and then the “rainy day” funds are gone.

So apparently we have governments in all areas waiting to see what Congress is going to do.  In the meantime, if insurers do not get their rate increases and drain the reserves we can just have the government (or better yet some “bank” money”) come in and bail them out and have groups of large HMOs where private insurers used to exist.   It is not right that big commercial insurers are traded on the stock market and that dividends get in the way of healthcare, you can die but as the CEO of United has said “our shareholders will prosper”.  That’s his bottom line so when you look at the types of individuals and leadership commitments set forth, life is expendable for the sake of the shareholders.  It’s ugly but you would have to be living under a rock not to see this, it’s in the news every day.

Since nobody seems to be taking any action here, why not begin planning for a bail out this time so this time we will know up front a bail out is potentially floating on the horizon and we can run all our business intelligence analytic software in advance to plan for it. Expecting blood from a turnip in not paying doctors and hospitals is not an alternative.

So again with all the intelligence we have today, let’s plan a better bail out this time, give no increases to the heath insurance companies, run the reserves dry and we can all start from base one here. Business intelligence and algorithms available today have the ability to help us plan the next one potentially on the horizon, and we will should not expect Wall Street investments to give us any guidance here as they will be riding the train until it crashes, it’s what they do.

Certainly you can see a bit of sarcasm in my post here, but when you stop and think about what is going on today, is may not be that far off target.  We have so many in office today that are in tech denial and don’t understand how research and development need to strike a common balance with what is being spent today, we need both and we need balance, we don’t have that today.  It takes more than just a “mouth piece” to move things in the right direction, it takes intelligence 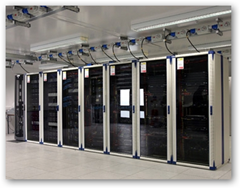 so changes are needed in the leadership areas all over the US so we can create balance and stop the algorithmic processes that create profits only and make human life cheap – it is not but investors, bankers and others in the drive for the perfect and best algorithms for profit are driving it down the road.

If you can’t see this, wake and smell some Servers and Algorithms.  BD

L.A. County reimburses doctors 27% of estimated fees for patients' first three days of care at private hospitals under the Physician Services for Indigents Program. Supervisors voted unanimously Tuesday to reduce the rate to 18% as of July 1. Supervisors last reduced the rate from 29% in January 2009.

L.A. County Department of Health Services had suspended the reimbursements July 1, meaning no doctors have received payments for treating uninsured patients since then. Knabe has demanded that county heath officials make those payments, but at the reduced rate.

The county had expected to pay doctors with $9 million from the state's Emergency Medical Services Appropriation. But state lawmakers eliminated the fund, and as the number of uninsured grows, private doctors are expected to file more claims than ever with the county this year, Meyer said.

"It depends just how much pressure is put on those hospitals," said Jim Lott, executive vice president of the Hospital Assn. of Southern California, "Some hospitals could be pushed over the edge by this."
More than half of Los Angeles County's 72 hospitals are operating at a deficit and two are in bankruptcy, Lott said. Countywide, 11 hospitals have closed since 2002, all of which had emergency rooms, he said.