This is a result of a lawsuit filed 7 years ago and it sounds like the hospital was tired of fighting it and didn’t want the additional federal government law suit that was ready to be filed.  Again what is strange, the government said nothing was wrong here?  This was a civil case filed by the retired cardiologist that has been settled.   The penalty numbers are huge 11k for each $8 EKG? 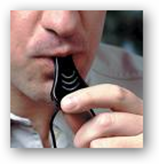 Now the hospital owns the Ohio Heart and Vascular Center that was at the heart of the investigation on referring patients to the hospital.  I’m not sure about the illegal kickback involved here but there has to be a bit more to the story than just a charge for the $8 EKG?  This is one is a strange case indeed.  BD

Christ and fellow defendant the Health Alliance of Greater Cincinnati will pay millions to end the lawsuit, and retired cardiologist Harry Fry, who filed suit in 2003, stands to gain millions in the settlement.

The sides are still finalizing settlement documents and did not release the amount of the civil penalty it will pay. The settlement could approach $100 million.  The government insisted that each of more than 100,000 Medicare or Medicaid claims filed from the heart station from 1999 to 2004 were a violation with a penalty of up to $11,000 each. The hospital and doctors insisted that many of those forms were for “$8 EKGs” and that merely assigning time did not induce cardiologists to refer patients to Christ Hospital.

“The government has conceded that there were no unnecessary services, no overbilling and not one patient referred improperly by any doctor,” Seibel said.
Fry’s lawsuit was unsealed in April 2008 when the Justice Department filed its own complaint. Since then, Christ Hospital has acquired the assets of Ohio Heart & Vascular Center and it has withdrawn from the alliance.

“We have a deal,” said Glenn Whitaker, lawyer for whistleblower Fry. Whitaker declined to specify an exact amount and said he does not know how much of the settlement will eventually go to Fry.