Home » Insurance » Medically Related » My Commentaries » Will Marry For Health Insurance Web Site – Nobody Cares, Responds, The Reality of A 30 Second Attention Span

Will Marry For Health Insurance Web Site – Nobody Cares, Responds, The Reality of A 30 Second Attention Span

This is pretty interesting when you listen to the video.  On the “Will Marry for Health Insurance Site” she talks about opportunities she has had come her way, but has not made a move and is basically asking via the video, what is the right thing without putting herself first, something novel we don’t see too much of today in

the self serving world we live in, so good to know that is not dead and that people who try to make a difference still exist without political undertones.  She just wants to be heard and hopefully bring around an awareness.

I do give her some credit here for drawing attention to the insurance problem.  What is funny is that when you read on she states there are over 7,000 men who have written and like anything with the internet, there’s a lot of junk in there, and when you get right down to it, there’s even more junk behind the scenes. With the high level of distraction and disruption we live with today, there’s a ton of those in there.  I see it in my business contacts with people too.  For about 30 seconds they see something of interest, take 30 seconds to respond, and then they are on to something else, never to return here as it was only something in passing that caught one’s attention.  Reality of this, this is the average attention span today on the computer, about 30 seconds and it happens to all of us, people with good intentions but wrapped up in so many other areas, you just never get back there.

She’s probably ending up with a lot of men who want to make a “30 second difference” here, but that’s not what she is looking for, so the process of sifting all of those out takes time.  This is very much similar to an online dating site, you get the same thing.  This maybe not to say this is a lost cause but it is more like finding a needle in a haystack and can end up being nothing more than “cheap” entertainment of sorts.  The fact that she is doing in to bring attention to the problems with healthcare is valid though, because take this same scenario today with insurance, same distraction, same disruption, and you get insurance carriers and companies that can also only give a 30 second difference, (how long it takes for the algorithm to run) which again is not solving anyone’s problems. 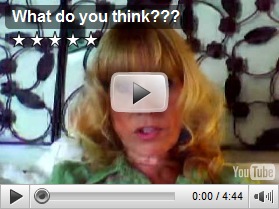 The internet has brought more choices to us today and has also created disruption with values we have known for years and we have an entire world struggling with the same issues.  As you read through here, she’s getting many people who are having the same problem and asking her to continue to be as voice.

Anyway, this is something to give some thought to, as aggregating people data certainly can leave on feeling very short of being able to attain a goal, it presents opportunities that may not have existed before, but again those are on there for 30 seconds and what is being sought here is a lifetime solution, kind of a lot of what we see in Congress today with those that make our laws falling into the same gray area, a 30 second attention span, so nothing ends up getting done.  If we don’t somehow find a way to bridge human values with technology this process of disruption and distraction will only stand to grow larger and levels of frustration and distrust will also grow.  It is what it is.

We just can’t seem to get our priorities straight and instead focus on the next gadget, like an IPAD that distracts and takes center stage, or some new TV show that offers something outrageous to catch our attention.  There’s nothing wrong with this, but should it take center stage when there are real problems that need to be addressed that get kicked back in the corners?   This is that distraction and disruption level I talk about and it’s like a virus that grows every day.  Do we know what real human values are anymore, or do we instead close that door and ride the merry-go-round of embellishing ourselves in a world of disruption?

I looked at all the web postings about former President Clinton and his heart problems, good grief, a bunch of meaningless chatter.  Everyone appears to want to be the “Shell Answer man” on what he could/should do differently, out shadowing some of the good things he is doing.  You are not going to change people with harsh judgments and it’s better to accept them for who and what they are, and everyone wants a piece of this “control” rhetoric that does nothing but make for a lot of chatter that says and does nothing in reality.  Sure we like to hear about what happened to him and the fact that he is fine and had surgery, but can we take it upon ourselves to leave it at that, don’t think so with everything on the web, flooded with stuff. Harsh judgments seems to be the norm today instead of reaching out to help others, there’s a difference and sometimes all the judgments flat out get in the way of truly helping others. 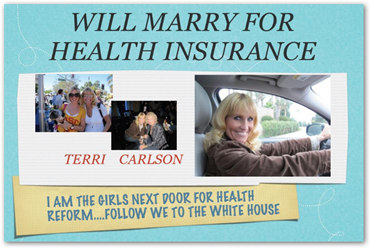 With health insurance this is one big gray area as money efforts cloud this issue every day and we are not sure who’s really there to help and who’s making judgments to save a buck, it’s that 30 second window again with judging perhaps before you have the full story.

Somewhere along the line we seem to have lost our ability to attain balance on what really matters and until we have enough support and individuals that can create some sort of leadership that sets priorities on how we can create better plans to incorporate this into the fast paced world of technology, human values and what we see as a means for life will continue to diminish, in other words the value of life gets cheaper as the scales of balance continue to erode.  Our President in his own way is looking for this but he’s only one person so it’s up to the rest of us to take a hard look today at what is value, human values and work together and somehow put some balance back into the equation.

Until such time some of this becomes a reality through effective leadership and role models, we will all continue to live in that 30 Second World of distraction and disruption and sites and people like this will continue with for the most part, lives with little satisfaction and achievement.  BD

Terri Carlson hopes to tie the knot in order to cash in on her new hubby’s health insurance. And the 45-year-old divorced California mom already has plenty of potential mates ready to put a ring on her finger.

She says she had 1,000 proposals in one week, and she’s still counting.

Carlson, who suffers from C4 complement deficiency, an autoimmune disease that prevents her system from being able to fight infections, is set to join the ranks of the uninsured when her COBRA runs out in May. She says she cannot get health insurance through her job, and takes anywhere from 10 to 20 different prescriptions daily.

And while she has had 7,000 messages in her inbox from all around the globe, not all are from well-insured men who’d like to meet her at the altar.

Half, she says, are from suffering people.

“They have the most heartbreaking stories,” she said. “They’re saying things like, ‘You’re a voice for us’ and ‘Please help us.’ It just breaks my heart.”