With the Olympics running in full force now, this seems to be a good time to talk about the next frontier in keeping athletic competition pure and with normal human 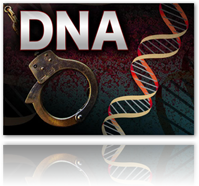 abilities.  We all know about those who have been busted for steroids, but now with genomic sequencing a whole new potential has been unlocked with varying the reactions and behaviors of protein DNA in our systems.  Back in 2008 the Salk Institute, where the targets were identified was in the news talking about a pill that will “do your exercises for you”.  This is close, but it doesn’t exercise for you but rather changes cell behavior.  This is very interesting as some of the studies at the Microsoft Research Trento center are somewhat related here with bringing computer science and biology together.  Their studies are more directed towards  DNA in food and nutrition to activate genes that could possibly prevent disease.

It is interesting that all this comes about right around same time that solvency of NFL teams is in the press too, with some stating they need player concessions to keep alive.  Income is coming in, but profit is borderline.  One comment made is that the team owners are making less than the linebackers who play there and some NFL franchises are tarping up to 10,000 seats to avoid blackouts.  Some teams are selling off top players because they can’t afford the contracts and could they possibly be using genetic enhancements?   How much is it going to be worth to land player positions and will it increase the salary offered or perhaps put one out of the ball game if you are too good and not affordable?

The Olympics committee is starting a move to collect DNA from participants and compare later to the results if tested.  This is kind of a tricky one I guess as one might be asked to supply this information if participation in the Olympics is the goal.  Neither product mentioned here is FDA approved and I checked and there did

seem to be some sites advertising it, but I really didn’t find any straight out for sale, but that’s not to say I didn’t miss something.  BD

Steroids are so 2008. The next way to get an edge may be gene doping.

Consider "Marathon Mouse," a rodent with an artificially tweaked protein gene that made him run twice as far as normal mice.

Want to know if your child has a future in track? Make junior say "Ah..." for a cheek swab to see if he has a gene common in fast runners.

Have an injury that just won't heal quickly enough for a game? Scientists are coming up with ways to seal those muscle tears like the cheerleader heals herself on "Heroes."

"It's not a stretch to imagine that there's an Olympic athlete -- possibly at Vancouver -- who has started this new, very risky form of gene manipulation," said Dr. Theodore Friedmann, a top scientist with the World Anti-Doping Agency, which conducts drug testing for the International Olympic Committee.

"I don't know of any particular case where a person has gene doped but the technology is here. If there isn't a case I can point to today, there will be soon," the geneticist said from his lab at the University of California-San Diego.

Gene doping is a broad term used to describe any change created purposely to a person's DNA through various means, from injection to pill. Friedmann wrote in this month's Science magazine about a few methods, including injecting IGF-1, or insulin-like growth factor, a chemical manipulation of naturally

When you lift weights, you cause tiny ruptures in your muscles. That action triggers your body to reproduce multiple copies of cells that merge with muscle fiber, ultimately strengthening your muscle. When the muscle is being rebuilt, another protein called myostatin tells the nearby cells to stop multiplying; your muscle is done growing until you can get back to the gym and repeat the process.

When the chemical IGF-1 is injected in rodents, however, their muscles heal at a much faster rate and they are able to lift more weight. IGF-1 can boost that initial strength and healing process, and it's possible in another step to artificially block myostatin production, allowing the muscle to keep growing without putting in half the sweat.

The "couch potato pill," a synthetic protein called Aicar, enhanced non-exercising rodents' endurance on a treadmill by 44 percent after four weeks. Another was an experimental substance, GW1516, which improved endurance capability by 75 percent. Neither drug is approved by the FDA, said their inventor, Dr. Ronald Evans, a geneticist at the Salk Institute for Biological Studies in San Diego, California.

"I got hundreds of phone calls from everywhere -- a lot of athletes wanting to get it," said Evans', whose research was intended to treat muscle wasting and obesity disorders.

The next frontier in athletic doping -- genes - CNN.com