This is probably as close as you are going to get with a comparison.   As many patient prescriptions are not tracked if hand written and a $4.00 generic is filled.  One 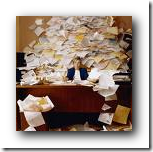 good part about the study shows a high rate of pain pills not being filled and those are pretty much generic so I don’t think cost is maybe the issue in this group.  I have over the years been given a prescription for those “if I needed them” and I didn’t so the prescription was not filled.  In the study all patients had some form of health insurance.

When that is the case, you are not going to have 100% compliance ever, but when it comes to pay for performance with HMOs, the doctor’s are graded on such items as to why they do not have a higher compliance rate.  There will always be prescriptions that are not filled.  When it comes to other types of pills for chronic conditions that I agree is worth a question as those are not usually given out for “in case you need them”  situation, and there’s a diagnosis and treatment plan in a records somewhere to substantiate.  By telling your doctor though, he has an explanation on his pay for performance questions though on why his compliance numbers are not higher:)

There have been many stories on the web today with current economic conditions that tell why many are not filling prescriptions, they can’t afford it, even with insurance if the drug is not covered or the co pay is too expensive on the bare bones plan.  BD

Many people whose doctors start them on medications for conditions like diabetes and high blood pressure may never fill those prescriptions, a new study suggests.

Researchers found that among more than 75,000 Massachusetts patients given drug prescriptions over one year, 22 percent of the prescriptions were never filled. The rate was even higher — 28 percent — when the researchers looked only at first-time prescriptions.

Such "non-adherence," the study found, was common even among patients prescribed drugs for chronic conditions that can have serious health consequences.