I know I have made this statement many times, but with transparency it’s beginning to show.  We can’t model and create laws that were a good fit in the 70s or 80s 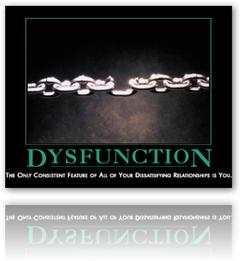 and that’s a big part of what it appears to be happening.  I read where the House is going to take 3 years to go wireless?  That statement in itself tells you the priority and level of participation and attention technology and the way it impacts our lives is getting.  That article was posted in December 2009.  You can read a bit of an opinion piece at the link below.

So sure it’s disruptive, dysfunctional and maybe a few more words you may want to add in.  If they would participate and dig in a bit gosh it would save a lot of time and useless debates.  I’ll use this as an example with HHS doing a survey, heck if they took the time to try a PHR themselves, perhaps this could be some valuable time saved, but with non participation, they don’t have a clue.  This is called “tech denial” and it is viral all over the US.

From a personal standpoint here I encounter angry people all the time, mad because they don’t understand what and why things are taking the courses they are today.  When I try to explain and help, because I research and study in this area, I become the enemy too, a “Tech Heathen”.  I’m not alone and there are many others who experience this too and this is what leads to the “soap operas” being played out in Congress.  Believe me, folks like me just sit back and scratch our heads and watch as it rolls on, with some sort of a helpless feeling at times as you can’t break through to people who don’t participate and want to point fingers.  Everyone who doesn’t understand will poke fingers and try to put the blame somewhere as once in their minds they have identified the culprit, they feel better, whether or not it is a real culprit doesn’t matter.  They have the crook or instigator by the thoughts rationalized in their heads.  How do you work with this?  It’s hard and again once you have been put in the “tech heathen” category it gets even tougher.  Even though you have not personally created any tech solutions, just being the fact that you support it makes you “evil”.

Truth of the matter though is that there are “evil tech” folks operating out there and they are using it to take all your money and we need to learn the difference and acknowledge that a world of higher thinking with technology exists.  Again, I’ll come right back to where I started, non participants create such a world of havoc, it’s on the news every day.  So Senator Bayh knows it’s not working, but does he participate and know why?  I would guess probably not but wants out of the frying pan.

Unless we as a whole can come out of “tech denial” we will still have the same old stuff where little gets accomplished.

One item in particular that I can use as an example is the prisons jamming cell phones, why not look at developing “no talk zones” so employees would have emergency access?  Duh?  Prime example of “tech denial” and the ability to search for a better solution.   Hours will be spent by Congress debating the “old” solution and yet nobody can identify with what a new solution would be.  Rest my case here as this is only one of many missed opportunities with “tech denial” and crowning “tech heathens” creates.  BD

When Sen. Evan Bayh announced that he would step down from the Senate, he said that Congress had become a dysfunctional institution. "I love helping our citizens make the most of their lives, but I do not love Congress," Bayh lamented.

Bayh is not the only politician or pundit to issue this warning in recent months. There have been an abundance of proclamations that Congress no longer works.