She was just appointed this week and this may or may not fall under her area of jurisdiction, but as a consumer be wary of offers from those where you do not know 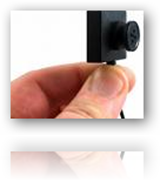 much about their systems and algorithms too.  Something like this could very well pop up in healthcare too.  Some folks get completely out of whack when it comes to using technology for money, or in this case, control.  From the article that is written here, wake on LAN was alive and well on the computers and this occurred not in poverty area, but one with above middle class standings.

The camera was supposed to be there to identify a thief if the computer was stolen, but where this appears to get sticky is when someone was accused of “improper behavior at home”, which leads one to believe there was more going on here than meet the eye, as there are other ways to handle a stolen computer.

Wake up and “smell those servers” as there’s a lot that can be done with technology for those who advance past “tech denial”.

In healthcare biometric monitoring is fast becoming something carriers are looking into and if it is not done correctly, who knows where your data could go.  This is why you need a PHR where you are in control when it comes to insurers who have stock holder dividends on the front line as they are viral for getting every stick of information about you that they can get their hands on.

Blue Cross signed a contract with using some Ingenix algorithms to score and underwrite your policy, based on “Behavioral underwriting”.  Maybe this has something to do with the big rate increase, more money for technology investments where they need to cover new transactional fees?  This is just an off the wall guess here.

There are other insurers in the “information” business too and nobody beats United with technology and algorithmic formulas, like the ones that were used for out of network charges for years which will now be run by a non profit.

The school here was pretty brazen I must say if all these findings are indeed true and they used a “screenshot” from the computer to use as documentation for “improper behavior in the home”?   With all the efforts of getting parents involved in healthcare and education, spying like this to use “control” methodologies go nowhere.  This is pretty gutsy to turn the camera on at will and spy, but the smart kids may have figured this out and I’m sure there were a few who did. 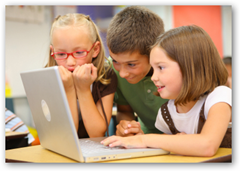 “The plaintiffs are seeking damages in respect of not only a violation of the Fourth Amendment of the United States Constitution, but also a host of other federal and state privacy laws, including the Electronic Communication Privacy Act, the Computer Fraud Abuse Act, the Stored Communications Act, the Civil Rights Act, the Pennsylvania Wiretapping and Electronic Surveillance Act, and Pennsylvania common law.”

Anyway, a word to the wise here, you have been warned and ask a lot of questions today with where your information is stored and who has access.  With algorithms being used for control and not better healthcare it runs like a virus with other algorithms created to enhance and possibly confuse and cloud the issues for the average consumer.  BD

A school district in Philadelphia faces a class action lawsuit after it allegedly issued laptop computers to 1,800 students across two high schools and then used concealed cameras within the machines to spy on students and their parents without their knowledge or consent.

Lower Merion School District in the suburbs of Philadelphia faces charges of invasion of privacy, theft of private information, and unlawful interception for providing computers with webcams that were remotely and covertly turned on by administrators.

According to the filing, the actions of the school district were exposed when one of the school’s vice principals disciplined Mr Robbins’ son for “improper behavior in his home,” and used a photo taken from the computer camera as evidence.