California Health Insurers Have 30 Days To Turn Over Financial Records – Get Those Audit Algorithms Ready!

Aetna Health, Anthem Blue Cross, CIGNA, Health Net, Blue Shield of California, Kaiser Permanente and PacifiCare (which is United Healthcare) have 30 days to turn over the records.  I know everyone laughs a bit about the “A” word on this blog, but it is what it is.  That has been my focus here on the one word that makes most 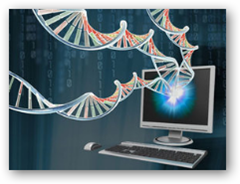 of the financial decisions today, both good and bad.  Some use them for research and development and other things, and some use them to carve out profits where they did not exist before.  Some of this is legitimate but when does greed take hold.

They say they are fearing that legitimate claims are being denied.  I have been talking about that for 2 years with “scoring”. Scoring claims can be a contributing factor to claims being denied and we truly want to identify fraud; however, are these scoring algorithms designed for fraud detection or profit and which one comes first?

Ironically what I also find odd is that the folks who ripped us off for out of network claims for 8-9 years, Ingenix is the same company that keeps getting anti-fraud algorithmic business intelligence contracts, is there not someone else who can do this too?  Certainly there is and they exist, but Ingenix just bought up another big company this year that does the same.  Why do we trust and give contracts to known algorithmic companies that border on fraud?  I can’t figure that one out and if you look further they have their hands into a lot more.  They are the big revenue producing arm of United Healthcare and are king of the health insurance algorithms.  You can do a search and find plenty on the blog with the dots connected.

United/Ingenix even made money from the other insurers with using that data base and the legal suits are adding up one after another since Andrew Cuomo proved that it was cheating doctors and patients out of money.

The State of Washington uses their services to prevent fraud.  It was just in June of this year that HealthNet decided to stop using the out of network Ingenix claims

data base, so again many of the major insurers were all using this as their guideline.  One more example, we have Sutter Hospital using their services to help with business intelligence decisions, again it’s the algorithms here for profit at work.  These are just a few examples and I’m sure the number of contracts out there goes way beyond what I have cited here.

Back in 2000 California had to deal with the corruption in the office of then-Insurance Commissioner Chuck Quackenbush.

This is not going to stop until we have the insurers turned back into non-profits.  Sure Kaiser is in the group but I’m guessing they are going to fair pretty well overall. I talk with people who have health insurance through work and they tell me the month portion of their payments to Kaiser versus some of the others is as much as $200.00 a month less, so that’s one feather in their cap in that area, and they are non profit so is that the difference that goes to shareholder dividends when you compare to the others traded on the market?   Good question but possible.

I hope the insurance department here has some good business intelligence software to use for analysis, otherwise we are stuck as health insurers, next to Wall 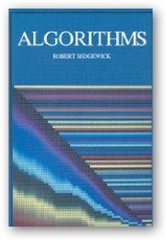 Street have used both the technology, hardware and the software that runs the algorithms for big profits for a long time, taking advantage of the ignorant.  BD

Brown said his office was looking into "possibly illegal practices" (it’s the algorithms, BD)among state health insurers and is "very concerned that some of them are unjustly  raising premiums and denying payment of legitimate claims."

The action by Brown, who is expected to officially launch a campaign for governor in the next few weeks, comes as sharp rate hikes instituted or planned by several leading California insurers have generated close public scrutiny.

California Insurance Commissioner Steve Poizner, who is seeking the Republican nomination for governor, recently retained an outside actuary to examine the company's rates.

Separately, Poizner said this week that a review by his office found more than 700 violations of state law in the way Anthem has processed insurance claims over the past four years, including excessive delays in paying those claims.