As the world of the internet continues to grow it is starting to become more apparent that the reliance on the 3rd party negotiator is stating to fail.  When you think about it, you can almost get all the information you want from the internet or hire a data mining professional to do it for you.  The only difference here is the 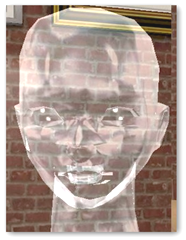 absence of the “political blow horn” to wine and dine and speak emphatically for the issues they are hired to defend, in other words the psychological part of the equation that is responsible for creating the emotional stir is gone.

One other item that is worth mentioning too is that people are busier today and many do not have the amount of time we all used to enjoy in the past to listen and gather our information, thus we turn to the web so we can review, research and analyze when our time allows. We are a harsh judging world today with many with unrealistic views on what people in high positions of influence should do.  If they are still enacting methodologies from the past, well it’s time for a roast and the gold old boy's club gets a little smaller, usually only consisting today of many who face or are on the edge of tech denial.  The rest of us that are diligently working with new technologies and are reading to gain more knowledge don’t have the time.  I thought that was an interesting fact too, so in your travels, take a look at who has the time and see what computer and technology skills they possess and I think you will easily find the correlation.

Deals that used to be hidden are no longer under the carpet any more, thus it is much more difficult for lobbyists to work with everything out in the open and that’s not going to change and I say it’s going to even become more transparent, so in leadership, lobbying, etc. if you are in one of those positions, expect it and don’t try adding hidden agendas as they won’t be in hiding for long.  This article in the Wall Street Journal pretty well sums it all up, there’s the failure of expectations and where he did good, where he went wrong and what isn’t there is probably that his brain is fried with trying to come up with new strategies, also known as burn out in some areas.  Not having a level of secrecy anymore makes lobbying a much tougher job.

We have technology throwing us that new left curve every day and lobbyists are no exception to having to counter act as a new developing may toss a current strategy straight into the toilet.  It is what it is and there’s no big white hope coming in to replace them, just the internet and the free availability of so much of the information we need to make decisions today.  Maybe lobbying is headed toward being an extinct occupation?  I know some folks wouldn’t mind a bit if we didn’t have the extra “blow horn” to deal with.   Again, too as I mentioned above, look around and see if those who still have oodles of time to listen to a lot of lobbyists are the ones who have the elements of being technically challenged and devote little time to the internet and the education values it has to offer.   BD

WASHINGTON—With the departure of their top lobbyist Billy Tauzin, drug makers are looking to retain the concessions he negotiated from Democrats while signaling to Republicans that the industry is heading back to its conservative roots.

Mr. Tauzin announced Thursday that he is stepping down as president of the Pharmaceutical Research and Manufacturers of America, the industry's main lobby in Washington. He had faced criticism from some in the drug industry as well as other business groups and Republican leaders for the alliance he made with the White House last year to support health-overhaul legislation.