Pharmacy benefit managers are getting creative and this appears to be another “business intelligence” solution to work with costs with insurance companies for cost, so if we want more genetic testing, here comes the management service to market and negotiate prices with employers.  Remember too what big profits are made at the Pharmacy Benefit levels, such as Medco who also boasted some record profits in 2009, 14 billion in the 3rd quarter.  This information is valuable and useful, no doubt, but do you think these decisions and information should be given to your doctor first? 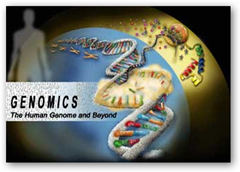 We run up against another brick wall here too with insurers not wanting to pay for genetic testing, so I guess this is why this has been taken to the employers to promote, but again doctors should be first hand involved here and have these discussion with patients.  As an example, the genetic breast cancer test is under complete scrutiny from health insurers so it is getting to be somewhat difficult for an individual to be tested for that gene occurrence.  Also in the news of late we had Lowes negotiating a contract with the Cleveland Clinic for heart surgery, is this a new trending with employers in saving costs when they are self insured?

As was mentioned this weekend in the news, there are fewer jobs available today, and for a prime example here Continental Airlines is laying off close to 600 reservation agents as travelers are doing their own reservations online.  I use this as an example as the small individual person continues to be at a big disadvantage here and there’s nothing here to help with employer efforts for them.  As an individual policy holder and patient, you still have to pay CVS for the genetic study they are making available while employers pick up the tab for those who have employer based health insurance.

Again, I see this as something that should be available to anyone with affordable prices and having some data to work with from employers is great for analysis, but it’s more politics and basically I think putting the employer’s nose where it really doesn’t belong, your doctor should be having this discussion with you.

Keep in mind most pharmacy benefit managers are also sold on the stock exchanges too, so shareholder dividends come first and the only reason employers are involved here is due to saving money, same old story.  This effort is targeted at a select group of individuals only and not being offered to those who are not employees.   These are the “deals” that stand in the way of true healthcare reform, sure some benefit and companies save money, but what does this do for over all reform, not much except take care of special interest groups.  BD

At least 200 employers nationwide are working with Medco Health Solutions Inc. to test whether certain patients should receive two particular drugs—warfarin and tamoxifen—and, if so, in what dosages.  In the Medco and CVS programs, the employer generally picks up the tab for the largely voluntary testing of how genetic variation affects response to drugs.

Apparently, it's tricky to get the right dosage for warfarin, a blood thinner. As a result, many patients have serious complications such as excessive bleeding or blood clots that often require hospitalization. As for tamoxifen, used to prevent recurrence of breast cancer, certain women do not metabolize the drug, rendering it useless.

In addition to Medco, Woonsocket, R.I.-based CVS Caremark Corp. is preparing to introduce a similar program in May after acquiring a majority stake in Generation Health Inc., a genetic benefit management company in Upper Saddle River, N.J. The companies last fall formed a strategic partnership to expand pharmacogenomic clinical and testing services for CVS Caremark PBM clients to improve care for patients who either don't respond to their medications or have adverse reactions.

But if just one patient benefits from the genetic test for warfarin use, IBM saves between $12,000 and $13,000 by avoiding a hospitalization due to an adverse drug reaction, Dr. Sepulveda estimated.