As mentioned before, Merck is heavy in cash resources and now is buying US firm Millipore.  One other item of interest too is that we always think of Merck as a

pharma company only, when in fact their chemical division has interests outside of the drug business, as stated in this article Merck is the world’s largest manufacturer of liquid crystals that are used for flat panel displays, so I guess I might have Merck to thank for my display monitors and televisions that captivate so much of my time anymore.

German Merck Outlook is to Acquire – Pharma and Chemical Sectors

What is also interesting to take notice of is the amount of profits the company is reporting, $499 million.  When you look at the size of the company it doesn’t appear to be huge profits, as by comparison, you look at another healthcare industry in the managed care, a hospitalist business who made a billion here in the US.

As far as profits, look what Medco is doing, which Merck sold a few years ago.  I am guessing their profit numbers were calculated after legal fees, etc.  The company has a lot of cash on hand, but is not reaming in the money in profits anywhere near those doing business with our government through Medicare Advantage plans.  If nothing else I think anyone can gather from these related links that the high cost of our drugs today is indeed all inflated via companies providing “business intelligence” management and distribution services.  Certainly anyone should be paid for services they provide but does this seem a little lopsided?  BD

“Today, pharmaceutical companies need flexible, efficient manufacturing processes and solutions that are scalable and can be configured to fit any environment. - Discover how disposable technology from Millipore, along with our extensive process expertise, helps our customers produce biopharmaceuticals at any scale at a much lower cost, and bring drugs to market more quickly and profitably.” 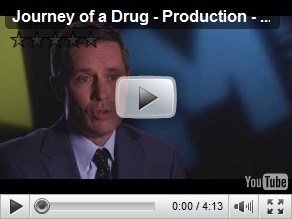 BILLERICA, Mass. — Germany's Merck KGaA said Sunday that it will pay $6 billion in cash to buy U.S. biotech equipment maker Millipore Corp. in a move to expand its presence beyond drugs and chemicals and into the life science sector.

The deal ends more than a week of speculation over Millipore's future.

Shares of the Billerica, Mass., company soared last week after reports said lab instrument maker Thermo Fisher Scientific Inc. had made a $6 billion offer. Millipore (MIL), which supplies tests and equipment to the biotechnology industry, then confirmed that it was evaluating strategic alternatives — including a possible sale. The company hired advisers Goldman Sachs and Cravath, Swaine & Moore LLP to help it consider its options.