If you read below, the numbers collected and analyzed show that one out of every 14 claims are initially denied, that’s a pretty large number, when you stop and think that one person with health issues can line up 14 claims pretty quickly.  The doctor told the patient that United Healthcare had approved the same procedure

for 8 other patients that year.  What made the difference – the algorithms and not fitting the exact criteria.  When you think about the formulas used to deny claims, don’t think they stay the same either, they change.

For the patient and doctor, look at all the time it takes to go through these processes.  United when they finally agreed to pay, went to work negotiating a reduced rate and out of 21k for the bill, they paid 12k after working out the discounts with the doctor and hospital and the patient co-pay was $500.00.

In addition, it may be difficult to reach the carrier until the “middle company” the one who audits and looks for data errors and is in the risk management business for the carriers may be where the initial claim denial occurred. These can be the “primary” algorithms that are run on your claim.  Insurance carriers pay for third parties to audit and sometimes scrub claims, some check only for billing and coding accuracy and some dig deeper into the actual “scoring” of your claim.   Here’s an example of of a Health Plan that works with a company named Trizetto, now owned by a European company, that scrutinizes and analyzes claims. 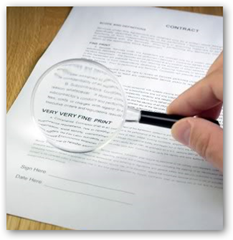 You can read more about what the 2 companies say about their collaboration here.

You might remember the legal cases and corrupted data base news over the data base used by United and most of the other health insurance carriers for out of network customary charges that has pending class action and other suits in court.  You can read more below, but keep this in mind that the claims auditing and scoring is done by companies traded on the stock market and have shareholder profit responsibility.

The same types of companies are also hired to fight fraud with the use of extensive algorithmic formulas and sometimes like anything else, you might be looking at some false positives.  Ingenix has the contract for the state of Washington with Medicaid to fight fraud and reduce costs and recently in the news, Walgreens has pulled out of honoring any Medicaid claims for prescriptions in that state.  Again, keep in mind that there are 3rd parties involved that receive transaction fees for these algorithmic processes and the stall of your claim could have also very well began here.

At this point one begins to question as to why the same companies who paid millions on under paying patients and physicians on out of network charges are the same companies that help score and analyze claims.  This is part of the red tape when fighting a claim denial that takes place.  Of course the insurance companies as well as the business intelligence partners are on the market and have shareholder profit responsibility and the algorithms that create profit have a huge priority.  We do not get to see or really get full explanations of how the determinations are made.  Electronic medical records software has to be certified and the formulas they run for charting but on the other side, with the exception of Medicare, we do not get to see exactly how we are scored.  I think we almost need one of these to help govern and set some standards on how the qualifying algorithms can be used.  Wall Street has been rebuilt on unregulated algorithms.  BD 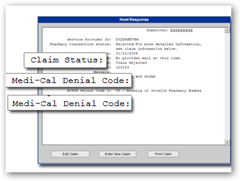 Maria Carr, a 43-year-old school administrator from Tulare, Calif., could not believe it when her insurer, UnitedHealth, denied coverage for arthroscopic surgery she underwent last year to treat a bone spur on her hip.

Her doctor told Ms. Carr he had successfully performed this procedure for eight other UnitedHealth patients suffering from the same ailment in the same year. To Ms. Carr’s mind, arthroscopy seemed a much less invasive and cheaper way to treat the problem than open hip surgery, the traditional treatment for bone spurs.

“When the denial came I was shocked,” Ms. Carr said, “but I figured I’d just have to find a way to pay.” The total bill for the hospital and surgeon fee was $21,225.  Of those, according to data collected from health insurance industry sources, 100 million are initially denied. In simpler numbers, that is one of every 14 claims.