We have heard stories of such and this makes me think back to the drug Provenge which in itself was one huge soap opera with a little bit of everything thrown in.  This is pretty bad when a doctor on the panel is giving his opinion to be verbally and or otherwise abused. 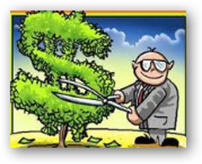 There may be more of this that occurs but this according to the article below occurred right after the vote, so when money is at stake and you have a physician on the panel doing what he feels is right, unfortunate incidents like this can occur as the pressure today to make money is like something we have never seen in the US and who knows if this hedge fund guy had already run his business intelligence software to project what a potential return would be too, that fuels the fire today for sure.  We are addicted to the data analysis processes to the point where some begin banking on numbers even before decision are made.

The article from BNET below continues on to speculate who the doctor could have been and says it could have been one of the experts from Cedar Sinai in California, and again that is speculation but the FDA did give him added security.  BD

A doctor who voted against approval of Arena (ARNA)’s Lorqessa anti-obesity drug in an FDA advisory committee was threatened by a disgruntled hedge fund investor after the vote, according to The Healthcare Channel. The incident underlines the fact that while pharmaceutical investing is often arcane, academic and dry to the point of being boring, tensions run high under the surface. A company’s entire fate can rest on a single vote at the FDA. Indeed, Arena’s stock was more than halved by the FDA vote.

Here’s what happened at the FDA meeting, which was held in a hotel conference room, per HCC TV:

The doctor, who wishes to remain anonymous, was approached in the hallway of the hotel where the AdCom was held by a Caucasian man, approximately 5’10”, mid-40’s, balding, dressed in an “expensive suit”, when the man began to use obscenities. He said, “You are a pompous asshole … you are wrong…you better get the hell out of here fast.” He repeated the comments. The doctor then called security.The circumstances and description of the man indicate that he might have been a disgruntled hedge fund investor.

Fear and Loathing at the FDA: Doc Given Security After Hedge Fund Threat | BNET