Home » Medically Related » Other Items of Interest » Pharma/FDA News » The Brits Get Viagra At Tesco With No Prescription But Screening for High Blood Pressure, Diabetes and Cholesterol Will be Required by the Pharmacist

The Brits Get Viagra At Tesco With No Prescription But Screening for High Blood Pressure, Diabetes and Cholesterol Will be Required by the Pharmacist

This is no a cheap drug by any means and a while back I did a post to show what it costs here in the US.

What Does Viagra Cost? 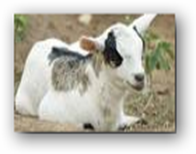 There’s no details as to how extensive the exam is from the pharmacist and one would guess minimally that a simple blood pressure check would be one item on the list.  What BNET made note of in this article too was the fact that the grocery store TESCO would seem to need  a doctor to sign off as even in the UK it is supposed to have a prescription, so how this will play out over time will be worth the watch.

If you have lost your job though and have your pink slip, Pfizer still has the program where it will supply your drugs free for a year, and Viagra is included.  BD

Pfizer’s previous strategy is to only raise, not lower, the price of the drug, which loses its patent rights — and therefore market exclusivity — in 2012. The continual hikes have turned Viagra into a $500 million-per-quarter franchise.

At Tesco, however, men without a prescription will fill out a screening form for high blood pressure, diabetes and cholesterol, which will be checked by a pharmacist. Men will then be offered a pack of eight pills for £52. The supermarket’s spokesman Shona Scott said:

Tesco will be the cheapest service in the country for those who don’t have a private prescription from their GP [general practitioner].

At the moment only Boots offer a similar service - for which they charge £55 for just four tablets.