With the new plan you get fitness benefits by not prescription drugs and to have that covered one would need to buy a separate supplemental drug coverage plan.  This affect around 22,000 seniors.  Another carrier, Coventry has a plan for the drugs.  Recently in the news, Pilgrim was also asking hospitals for a rollback from what they are paid too. 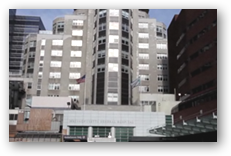 Pilgrim also participates with the FDA with a grant to help test and improve their Sentinel data system.  BD

Harvard Pilgrim Health Care has notified customers that it will drop its Medicare Advantage health insurance program at the end of the year, forcing 22,000 senior citizens in Massachusetts, New Hampshire, and Maine to seek alternative supplemental coverage.

The decision by Wellesley-based Harvard Pilgrim, the state’s second-largest health insurer, was prompted by a freeze in federal reimbursements and a new requirement that insurers offering the kind of product sold by Harvard Pilgrim — a Medicare Advantage private fee for service plan — form a contracted network of doctors who agree to participate for a negotiated amount of money. Under current rules, patients can seek care from any doctor.