that is being watched all throughout California as the outcome stands to potentially set a precedence for other hospitals and their contracts with physician groups.  It’s getting pretty ugly out there and the call for corporate agreements to reduce costs is alive and well all over.

It’s all in the contract as to what gets paid and what one can do any more it appears and the lawsuits are flying.  As a patient, you get nothing out of all of this other than to watch as one more battle unfolds before your eyes as this is all about money and not care as far as the lawsuits are concerned.  The doctors though are the ones with the knowledge and doing the research and development and thus so an upheaval with a new bunch of doctors coming in to take over is disruptive in itself.

Administrators are looking all all types of software that has promise to save and make money for them at the hospital and this is the driving force behind all of this – the algorithms, and granted we need some of this but if one were to look below the surface and see the marketing and the transaction dollars made off your care as a patient you would we amazed.  Software vendors and marketing are driving a lot of this and unfortunately folks without an IT background get easily confused.  Algorithms are driving the contracts and money saving efforts. 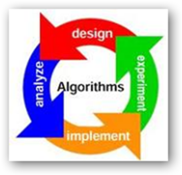 The software systems do yield savings and do what they are sold to do, but when you have 5 systems all collecting transactions, this gets expensive, and thus today many CIOs are looking at companies who combine all of this into one lower transaction charge, and there’s the savings if you find the right folks.  Otherwise it’s just one more add on and cha ching cha ching for the software folks.  Moving and migrating data takes time too and this is a big decision to do all of this to get down to cutting down all the exorbitant transaction charges that are paid.

ALGORITHMS GIVETH AND THEY TAKETH AWAY

Foundations have had some money issues just every where else in healthcare as 55% of the US hospitals are currently operating in the red today.  If the doctors do not join the new foundation, patients get all new doctors it would appear.  In researching and reporting with the blog here I am seeing many strange things occurring today and they all come back to budgets and money.

Out of all of this I’ll mention that who stands to lose the most is the patient and the type of care received, there’s nothing here for the patient other than the fact that healthcare facilities have “captive audiences” in the fact that we get sick.

Sometimes I wonder how some of these folks sleep at night, something Rockefeller said last year to the CEO of United Health Group (name change as the “care” is gone).  They make oodles from their technology subsidiary Ingenix that is all about algorithms and money.

Right now with everyone trying to market and build a better mouse, this is the fall out and I get tons of crap in email about one company boasting they are the best and their awards and all of this means nothing.  The only thing that matters is the hospital you are in the doctor who is caring for you, no matter what their ratings are.

Speaking of ratings, another sore subject around here as all these so called rating experts list “dead doctors” too, so how up to date are they on what they sell, a real 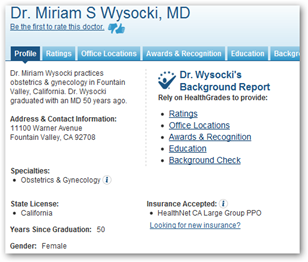 good question as marketing and money takes the forefront here.  When I see articles out there called “The 10 deadliest hospitals in the US” it is disgusting and how does that make a patient or the workers feel at one of those facilities, this is stupid marketing.  It’s good to research on the web and find out about what credentials doctors and hospitals have, but the run up the flag pole ratings are just plain stupid and unfair, and the data is not accurate.  Maybe I should rate the one dead doctor on this list and see how this would skew the results of the rating algorithms?

In summary, how effective will all this software and business models be, as you also have to remember technology throws us a new left curve every day and that is very much a piece of the puzzle for those in the world of technology participants as the non participants seem to sit around today and dream about the 70s, sorry but we can’t go backwards. 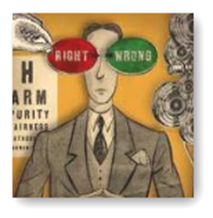 The business model and proof of concept model you look at today may be outdated tomorrow, a fact and in the meantime if you bank on it completely, the train wrecks created will have undue consequences, not to mention a lot of angry people.  We need people in places of leadership that have the intelligence on how to use information and yet at the same time show some value for ethics and have the smarts on not to just simply use algorithmic formulas for cost savings only, after all we are talking human lives here and I think all have one of those at stake.

There’s a new book coming out and I think it’s going to prove to be some very good reading for all, “Proofiness, the Dark Side of Mathematical Deception” and hopefully more will understand the value of algorithms and how you can’t bank on everything you see in a report today.

A bruising turf battle that pits City of Hope National Medical Center against the organization that provides most of its doctors has created a rift at the prestigious cancer treatment and research complex northeast of Los Angeles.
The controversy — centering on a reorganization of hospital operations — has yielded dueling lawsuits, a doctors' "loss of confidence" vote against chief executive Dr. Michael A. Friedman and public pleas for support to lawmakers and patients.

Administrators argue that the doctors' group has failed to embrace the kinds of efficiencies called for in the federal healthcare overhaul, such as eliminating duplicative billings.

Dr. Lawrence Weiss, president of the group, called the hospital's planned new foundation "a sham."
But there is some dissension within the doctors' organization. Three top physicians — the head of the surgery department, the director of the women's cancer program and the chair of the anesthesiology department — have filed suit against the medical group, alleging that its actions could result in a loss of jobs, grants and research posts. The group denies the charges and says the dissenting doctors "appear to be acting on behalf of management," said Ryan Rauzon, a spokesman for the doctors' group.

City of Hope administrators denounced the missive as a "despicable" scare tactic and accused the doctors' group of "using sick patients as pawns" in a bid to perpetuate a "monopoly" on services. The medical group accused City of Hope of illegally soliciting its members to join the new physicians' group run by Levine, a charge denied by administrators.