60 Million tablets sounds like a lot of lot numbers for all to research.  Last year when

I began this little campaign I thought the number of recalls was going to grow and sure enough, just read the news every day.  So to find the lot numbers visit the FDA website or the Bristol-Myers site and get your information.  I had quite a few pharmacists like the idea of scanning with a phone too as look at the work we have here.  As a matter of fact I had an email from a reader telling me how tough it was with Target stores trying to take some over the counter merchandise back and here’s what was said below, and notice the inconvenience for the consumer as Target didn’t have it listed on their “official” list yet….if it has been scanned with a cellphone, guess what, everyone would have the same information…duh?

“BTW, last week I found more stuff that was recalled at FDA.gov and took it back to Target.  Had a nice "little" discussion with no less than FOUR!!! of 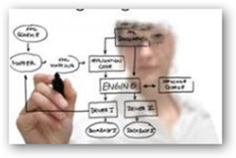 their "Customer Service" people at the store.

In spite of having a receipt, since I had consumed part and thrown the rest away, they were reluctant to give me a refund as it wasn't showing up on their corporate recall list - and this was Target!  In my opinion, until the Wall Street boys do their own shopping (and stand in the Returns lines) and are inconvenienced, nothing will change. The big money guys wheel and deal via hedge funds so they don't care if Consumers get the short end - the boys will just short the stocks and still make money.” 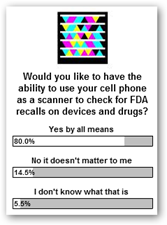 This could have been any drug store, but look at what the pharmacists have to do with coordinating their company data bases to get information to make a decision.

DUMIMIES THIS HAS VALUE AND LOOK AT THE READER QUOTE ABOVE!  It is going to be a long hard battle selling value with PHRs until you jump on what consumers want and this will help as well as solve the notification processes for drug/device companies and the FDA.  This is the part where everyone misses this boat with trying to get consumers involved in healthcare and then we have to hear in the news about the poor literacy rates with consumers with Health IT.

Here’s a post that will explain more as I have about 30-40 posts on this topic here under the campaign.

There will be more recalls in both food, drug and device products so we need a system that can work for everyone and especially the consumer as we are the ones affected.  When you look at this map, and when products were scanned, guess what, it could give Abbott even more intelligence in knowing where the product was due to “spots” on the map so they in turn could be more pro-active here too with finding the product quicker!  What technology that is available today for implementation can do and save lives too. 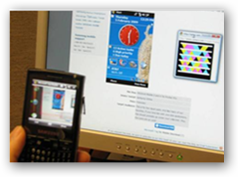 Click on the Bar Code Campaign image to read more.

The company said it took the action on behalf of the Bristol-Myers Squibb/Sanofi-Synthelabo partnership because of a potential variability in levels of the less-soluble form of the active ingredient in Avalide, irbesartan, which could result in slower dissolution.

Bristol-Myers said 62 lots, or 60 million tablets, manufactured before November 2009 at its plant in Puerto Rico were affected by the recall.