As a blogger I have been on their list and back in April of 2009 was sent a small case of 6 bottles for me to try.  This is not enough for someone like me to go out on a limb and either promote or pass on their advertising claims, stuff tastes good

though.  Back at this time the FDA was not too concerned over their study as they thought it was too small, but advertising is another issue.  They are not the first an probably won’t be the last to be called on the carpet.  The list has since grown and is what is used to substantiate their claims, which they said in a statement today they are standing by them.  Here’s my short write up from 2009 and even then I did a somewhat informal question too about the claims of what their product could do.

I get all kinds of emails here and spare everyone the ones that I don’t think are good material, but a couple weeks ago, did you know that it was “national chocolate shake” day?  These folks seem to think peaches and plums kill breast cancer cells too.  Are we eating food are these delicious things we put in our mouths really drugs <grin>.  The peaches and plums quote a study done at Texas A and M.  In the video the gal says the fruits kills breast cancer cells.  There’s no products to buy here other than to just eat fruit and donate at certain restaurants.

In so many foods there are values and they differ of course, but where does marketing and real drugs leave off? 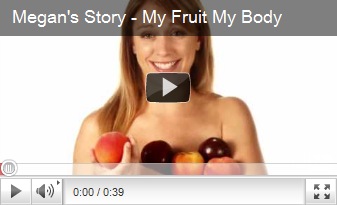 Cheerios got into hot water too over their advertising as well as Bayer men’s vitamins and they got sued.  The juice makes a good martini so I guess if you want to be really healthy while drinking add some vitamin B enriched vodka and all the guilt of having a drink goes away <grin>.

This will be playing out for a while I’ll bet as there’s some very rich folks involved here and a lot at stake.  What is also interesting too is that along with so many other products out there the focus is either on breast cancer or prostate cancer.   BD

In February, the Food and Drug Administration (FDA) sent POM Wonderful a warning letter about the health claims the company makes online about its products, which include pomegranate juice and supplements. The FDA found that POM Wonderful — which claimed, for instance, that its 100% pomegranate juice was shown to reduce blood pressure and reduce the risk prostate cancer in scientific studies — used marketing language that is permissible only for FDA-approved drugs and therefore violates the Federal Food, Drug and Cosmetic Act.

The FDA asked the company to bring its marketing and labeling materials in line with government laws and regulations, but POM Wonderful continues to overstate the health properties of its products and mislead the public, the government says.

Today the Federal Trade Commission (FTC) got in on the action and filed a complaint against the company for its printed health claims about its products: "30% Decrease in Arterial Plaque" and "Promotes Healthy Blood Vessels"? "False and unsubstantiated," says the FTC.

FTC and FDA to POM: You’re Not Quite So Wonderful – TIME Healthland