We all read today about all the mobile products on the market and sometimes it’s to the point to where this is overkill at times, but when looking at countries who once had next to nothing, like India and China, we are seeing a huge revolution and healthcare is a big part of it.  When investors are looking at their opportunities, 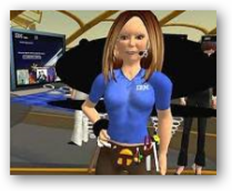 certainly this is a win-win but again let’s not forget as the article in Forbes relates, this is not charity.  This is somewhat of a no brainer to go from nothing to having the world at your finger tips with a phone as consumers will engage.

Here in the US we have somewhat of a different focus to a degree as we are trying to merge the desktop and mobile communications all at once as we are ahead with the desktop computers when you compare to nations who had nothing; however with affordability here in the US we are seeing many now connected who otherwise could not afford it without having a mobile phone.  There was a recent poll/study that stated that African Americans and the Latino communities were numbers ahead in the mobility department, so this kind of makes the case for mobility and affordability being important as all may not be able to afford the home network but can certainly afford a cell phone and are using what they can afford.

With this in mind our journey is a bit different and we have many more options but companies like IBM are profiting and the benefits to the consumers are likewise.  BD

IBM just announced a big deal with Bharrti Airtel Ltd. of India to manage much of Bharti’s cell phone networks in 16 African countries. Even for Africa, most of these 16 countries are poor. And that is a great business.

IBM is, hopefully, stepping up to the opportunity – not as a charity case, but to make money.

Big Blue is deepening its relationship with Bharti, for which it has run the IT and applications for a wireless network in India since 2004, a time when it went from six million subscribers to more than 150 million today. Bharti bought the Africa business from a Kuwat-based Zain a few months back, and clearly wants to expand rapidly and cheaply. IBM’s gross on the 10-year Africa deal could easily top $1 billion.

It is an old, terrific, and sadly underreported story in tech. In the early 1990s, Motorola sold basic pagers in China, the kind that could just send a few numbers over narrowband networks. Within a year, Chinese entrepreneurs were selling codebooks of 1000 different expressions (“bring home rice,” or “customer wants to see samples”) tied to three-digit messages. More recently, mobile payment systems have arisen in both the Philippines and India. Intuit has just made a customer-service app for mobile phones, aimed at India’s smallest shops.