Home » Interview » Medically Related » My Commentaries » Pharma/FDA News » Hot Flash Havoc–Menopause Exposed and Explained Documentary For Anyone Who Is A Woman or Knows a Woman–Interview With Heidi Houston, Executive Producer

Hot Flash Havoc–Menopause Exposed and Explained Documentary For Anyone Who Is A Woman or Knows a Woman–Interview With Heidi Houston, Executive Producer

I had the opportunity recently to speak with Heidi Houston, the Executive Producer of Hot Flash Havoc the new documentary about menopause.  We had a great

conversation and having been though a lot of the same types of situations myself I could relate.  I had a great doctor who after my surgery came through the hospital the day after surgery and slapped a patch on me, she knew and was pretty well informed.  After Heidi and I chatted, she was kind enough to send me a preview copy so I could do a complete review and high light both our conversation and the movie itself.  Be sure to watch the entire move to include the credits at the end as the movie had a special song created called “Power Surge” and it will get you motivated and is a perfect fit, written by Grammy Award Winner Siedah Garrett.  If you visit the  HOT FLASH HAVOC  website you can also hear the sound there as well.  The documentary is making its Washington DC premier next week.

humor (and we all need to laugh here and there), but uncovers and talks about so many topics relating to menopause that have somewhat been taboo for discussion.  As the movie states, menopause is not a disease, but if not treated properly it can lead to other types of diseases like osteoporosis for one simple example.

The movie begins with the history of menopause and how went back ancient Greek times.  The video below is a quick preview. 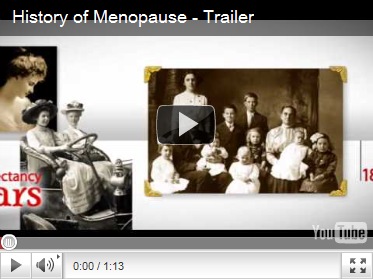 Heidi said the reaction of many when she talked about making the movie was mixed and some didn’t respond to her at all.  Heidi stated the purpose of this movie was to educate and offer information so women could make decisions and become aware of what was happening and be able to gain better “Quality of Life”.

The decision making process comes back to us, the patient and our doctors with knowledge we are gaining over the years and it’s not over yet as new information becomes available all the time.

She told me none of the funding for this documentary was free from any pharmaceutical company so it is free from any potential influence from pharma and her hope was to show the history and both sides of the story. All money generated from the sale of the DVD goes to agencies to further the research and development of hormone replacement therapy and treatment.

What was really of interest to me was the additional information about the Women’s Health Initiative she provided.  I have done a bit of research and a couple interviews on the Medical Quack about hormone replacement therapy but I did not have the whole story on the how the initiative took place and further more the details on how the results of the study today are still under lock and key with nobody able to get their hands on the data.  In the movie you will see a couple comments here with some researchers stating that fact and who would also like to have that opportunity to look at and analyze the data.  The Women’s Health Initiative was started at the NIH when there was a woman at the top of the helm, but as you watch the movie you

will be enlightened at to what occurred after she left and it’s not really a pretty story to say the least as women throughout the world and US stopped using their hormone replacement therapy.

Heidi used a full panel of experts that you see discussing their points of view and just some plain actual fact that you may not be aware of.  One expert seen quite frequently throughout the films is Dr. Alan Altman, President of the International Society for the Study of Women’s Sexual Health and former Assistant Clinical Professor at Harvard Medical School.  One other expert who is interesting here too is Joanne Manson, the WHI principle investigator  and professor at Harvard Medical School, who still stands by the findings but has mellowed a bit and as a woman shares some of the same feelings with the fact that more education is needed.

Prempro for the study, no other replacement therapies.  The results were generalized to the entire female population of all ages across the US and the study was initially for studying to see if heart disease was affected by hormones. If you fast forward a few years we now have statins that handle much of the fear with heart disease treatment. Women in their 40s and 50s were not adequately represented, who are the ones going through menopause.  The WHI stated age didn’t matter but in fact it does.  Over a billion dollars of government money was used and yet the data is still locked up and researchers today have a problem with that and for good reasons when the era of today is to share data.

brain talking to the rest of the body and using today’s’ methodologies of communication the points are made as you watch the brain chewing out the ovaries for non production and trying to wake up the libido.

New laws were passed to allow for natural supplements to be created to take the place of hormone replacement therapy and as the movie states, the ones who benefited most here were the “snake oil sales” reps.  I do remember all of this myself and buying my share.

In her efforts, Heidi tried to see if the NIH would release any information as to whether or not they have changed their views in light of new and updated information with hormone replacement therapy and it was denied.

However, recently they have admitted that estrogen does not increase the risk of breast cancer; however hormone therapy remains a viable option for women.  It does contribute to the growth though if it is present.

In addition, Heidi brought to my attention the “Bloom Study” which is a clinical study for women which is a testosterone cream applied once a day to see if it can help increase testosterone levels.

She went on to further tell me that there are only about 1000 certified doctors in the US to treat women going through menopause and how the need is there for more to enter into this area as a normal primary MD first of all doesn’t have the time and many do not have the additional training/knowledge on how to advise and treat menopause.

In addition the California National Organization for Women spoke with Heidi this month and you can also see what was said during their interview and at the Doctor’s Channel.

What is hormonal shock – the hysterectomy –watch the video below as I know this one well too. 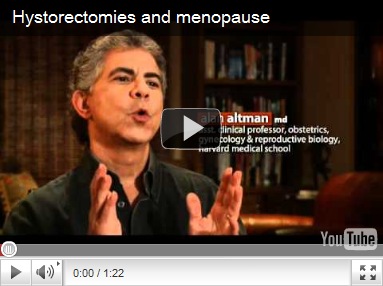 I appreciate the time Heidi took to speak with me and further more for making this documentary as it does answer a lot of questions and brings so much more into the open.  Without some type of treatment, we can just literally dry up.

I think the movie is excellent and would make for a great viewing at a hospital, a theatre, anywhere were women go, in other words there’s a lot of information here that has not been talked about or exposed, and after watching the movie, you will get it and it’s a good idea for men to watch as well so they can increase their awareness as they have to live with us.  BD