This is just a post with marketing and compliance issues with diabetes.  Mom was not sure exactly who it was but within about 2 hours there were 4 phone calls from 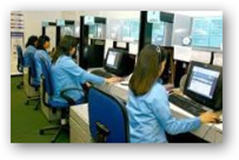 a call center, asking if anyone in the house was a diabetic.  Mom of course is and stated so.  The company identified themselves as a “Diabetes Association” and which one, we don’t know.  If you do a search on the web, there are quite a few of them.

Everyone seemed to have a foreign accent she stated and this leads me to believe this is a call center of some sort with computerized number dialing.  She could not get the number to call back – unavailable when she called back.

Last week she had the compliance police from her Medicare Part D plan and her pharmacy, Walgreens on the phone call patrol.

Everyone was asking old is your glucose device for testing and were telling her she needed a new one.  She said she had had her device for a while and it was working fine. Each caller was telling her she needed to get a new device and that she should call Medicare and see what new devices were available and that she might not be getting accurate readings.

She couldn’t understand why all of them were asking her to call Medicare!  There was no particular product being pushed, but just get a new glucose reader so she could be assured she was getting accurate readings.

I know we are all trying to get the word out and educate all, but having a call center functioning this way doesn’t seem to be getting the job done.  The whole focus of all the calls she said were for her to get a new glucose reader and the solicitors had a “canned speech” they read off and were not able to answer even some very simple questions she asked when inquiring about what type of glucose reader she should have.

We can’t market like this with phone calls coming out our ears like we did in the 70s as people are busier today and there’s better ways to educate and help.  This sounded like a real circus event as she described it.  BD