If you have just digested the new rules that went into effect today with healthcare reform and live in California, here’s the roll of news.  The California Insurance 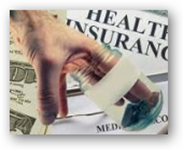 Department  does not have to give prior approval for rate increases.  An outside agency was used to review the increases.  In California the state Legislature voted down a bill that would require carriers to submit increases like the automobile and home owners insurers presently comply with.  I think the Insurance Department was able to lean on using the outside agency as a way of having the rates reviewed in some form or another.  The federal government is also in support of helping states in this effort as well.  Here’s what is on the agenda for 3 of the largest carriers in California.

Here’s a recap of what changes went into effect this week.  BD

The California Department of Insurance has given the green light for Aetna to raise premiums rates an average of 19% on individual health insurance plans, impacting about 65,000 people in the Golden State.

Aetna was the last of the four major health insurers in California whose double-digit rates increases were approved by the insurance regulator.

Over the past several weeks, the department also approved premium rate hikes for Health Net, which was cleared for an average rate increase of 16% on its individual health plans; as well as Blue Shield of California and Anthem Blue Cross. All of the rate increases take effect Oct. 1.