Like the US, Germany’s system has the reputation of being one of the most expensive in the world.  The new increases will result in premiums costs rising to 15.5 percent of employee gross pay effective January 1st. 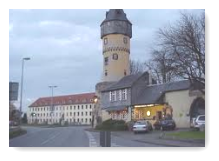 Patients will now be required to make payments at the doctor’s office with insurers setting the price.  Germany has the same issues we have here in the US with a greater number of older patients.  It’s nice we have all this research and cures that have come of age but nobody seems to be seeing the value here with saving lives as the money still stands in the forefront.  Back in April, a public poll showed the #1 bottom feeder occupation in Germany was to be an Insurance Agent.  A friend of mine in the UK told me it’s pretty much the same over there with public feeling about insurance agents too.

The new plan has been under discussion for a while and back in July Germany was in the news with some heated discussions with their healthcare reform.

The law still still requires parliamentary approval and half of the citizens are not in a stance to where they feel this is a good thing and feel more cost will be born by those at the poverty levels.  On the technology front patients will now be able to create their own personal health record.

There’s a lot of similarities here with the US and it all comes down to money and what the value of saving lives is worth it seems.  BD

Germany's embattled government signed off on an unpopular reform of the creaking healthcare system Wednesday that will increase the financial burden on patients.
With the system under major strain due to a greying population and the rising cost of treatment, Chancellor Angela Merkel's center-right cabinet approved a draft law aimed at plugging deep deficits.
"We have the best healthcare system in the world but we are getting older and older," Health Minister Philipp Roesler told public television.
"Someone has got to pay for that," he said, calling the reform plans "tough but necessary".