and taketh away.  Health insurance companies live and die by the algorithms that create their mathematical formulas for their business decisions.  This book is on my list as I found someone who can speak the same language and acknowledges that this goes on day and night.  We sleep as humans but the algorithms run 24/7, available to you at almost any time you want to consult them.

I like this as the author, Charles Seife reinstates what I say around here, there are those algorithms created for accurate and analytical purposes and those algorithms that compute and kick out '”desired” results.  Mr. Seife even takes on Quaker Oats and their advertising and recently we had something similar with Cheerios and their advertising in the news, FDA said fine, you claim your cereal can do all of this with your advertising, then Cheerios is a “drug” so start filing your paperwork!

In doing this blog I really have to evaluate what goes up here as with marketing and advertising on steroids today, I want to have good information and not someone just looking for a pitch, I get lots of those.  There’s a few other folks talking about this book too, like Scientific American.  Who coined the word “proofiness”, none other than Stephen Colbert; and and Jon Stewart are some very smart people.  Here’s a short except from the New York Times post/book and this is so very true as if 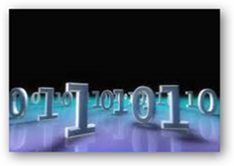 someone shows you a spreadsheet, well I guess we all think it’s the truth-no always.  I wrote code and you can write one for desired results for a dog and pony show just as easy as you can write code for accurate and intelligent information, you just change the query structures and off you go.   Coders do this just for fun sometimes for fun, obviously it is not included in the final product but when writing and focusing intensely once in a while you need a laugh, cheap entertainment I know, but that’s where it ends and it gets dumped away before someone else who codes sees how silly you were.

“Our society is now awash in proofiness. Using a few powerful techniques, thousands of people are crafting mathematical falsehoods to get you to swallow untruths. Advertisers use these techniques to forge numbers to get you to buy their products. Bureaucrats fiddle with data to try to get you to reelect them. Pundits and prophets use phony math to get you to believe predictions that never seem to pan out. Businessmen use bogus numerical arguments to steal your money. Pollsters, pretending to listen to what you have to say, use proofiness to tell you what they want you to believe. “

Bad math (aka those algorithms) is undermining our democracy he says and he’s right.  Not too long ago I sad data addiction is going to be our next 12 step program and we are not far from that.  Every day some company, especially in healthcare is talking about how they built a better mouse with better algorithms that can save huge chunks of money, bigger than the last program they used.  They all say that and it is getting old.  Where’s some of their “proofiness”?

For those who don’t understand mathematics and algorithms, we get this side show, scary that folks run out of things to talk about and have to rely on what happened in the 70s. 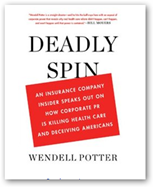 If we have folks in office that don’t understand the mathematical processes with running algorithms and the fact that we need to have audit trails on some of these rogue algorithms, we’re in trouble.  In healthcare we have people like Wendell Potter who gets all of this and is trying to share some of his knowledge but not too many are paying much attention, their loss and eventually us to if they are making decisions and laws and can’t see this.  This is another good book to put on your list too.

In closing I’m going back to what I said over 2 years ago, we need a Department of Algorithms to keep finances and people straight to stop all of this.

As you might tell I’m a bit excited here as I am finding others who understand and are willing to talk about the mathematical over shoot here of taking advantage of the illiterate and that’s not just use, they sit in some key leadership spots too, and eventually foot in mouth comes out to show the bought in, again due to lack of acknowledgement that at least this exists and is going on! These folks created some algorithms that might have your Walgreen pharmacist jumping over the counter to sign you up in some sponsored programs so they can make some extra money, again they are looking for folks they have mined and determined are at “risk” with their parameters set by their algorithms….are they accurate with assessing you being a risk or are they set up to make money?  Where’s the line folks?

As a consumer doesn’t this just really hack you off to think that when you think people are really there to help you that it’s just another marketing scheme to roll in more money, it’s not a sincere effort for someone just wanting to help, it’s the dollars.  Where’s the proofiness?  Once in a while someone gets caught in wanting to know how they worked their mathematics, like Blue Cross.

We spend all our time certifying medical records for good algorithms and correct data, but the other side is not audited.  Nothing happens as we all know today practically until there’s some assurance that someone might be paying a bill.

Back on track here, this book is on my list as he’s kind saying what I have been beating over everyone’s head here at the Medical Quack for the last 2 years so if anyone else gets the book and reads it, add your thoughts here, I would love to hear what you think, as I think it is a huge wake up call for everyone.  Technology is not going away and there will be more coming out way and we need to know the difference between accuracy and desire.    BD

Falsifying numbers is the crudest form of proofiness. Seife lays out a rogues’ gallery of more subtle deceptions. “Potemkin numbers” are phony statistics based on erroneous or nonexistent calculations. Justice Antonin Scalia’s assertion that only 0.027 percent of convicted felons are wrongly imprisoned was a Potemkin number derived from a prosecutor’s back-of-the-envelope estimate; more careful studies suggest the rate might be between 3 and 5 percent.

Seife emphasizes that numbers impress us. They carry authority. Joe McCarthy, for example, didn’t simply allege that the government was infested with Communists; he held up a sheaf of papers and claimed it contained the names of 205 members of the Communist Party working in the State Department. The specificity of the accusation made it seem more believable. So what if the number soon went up to 207, then shrank to 57 a day later when McCarthy wrote to President Truman? What mattered is that the numbers intimidated McCarthy’s critics. As it turned out, he never had any list and couldn’t identify a single Communist working in the State Department. None of that stopped him from rising to national prominence on the back of his numerical lies.

In one of the book’s lighter moments, Seife even looks askance at the wholesome folks at Quaker Oats, who in addition to selling a “bland and relatively unappetizing product” once presented a graph that gave the visual impression that their “barely digestible oat fiber” was a “medicinal vacuum cleaner” that would reduce your cholesterol far more than it actually does. For the most part, though, he is deadly serious. A few other recent books have explored how easily we can be deceived — or deceive ourselves — with numbers. But “Proofiness” reveals the truly corrosive effects on a society awash in numerical mendacity. This is more than a math book; it’s an eye-opening civics lesson.