We have 2 people here from 2 very different background nominated, so this is kind

of test here to see if we are going for science or the financial focus.  The big decision will be made sometime in June at the next board meeting.  Below is a video from a few months ago that goes over the Berkley stem cell facility.  In October of 2010 the Regenerative Medicine facility opened in southern California as USC.  Money or science I guess would sum this up.  BD 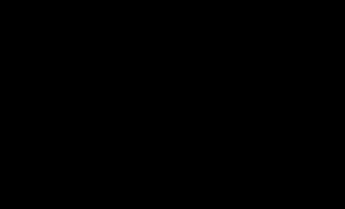 Six months after a bungled attempt to find a new leader, the California Institute for Regenerative Medicine (CIRM) yesterday announced two candidates to succeed Bob Klein, the architect and founding chairman of the $3 billion state stem cell agency. And with the option of electing either a bond financier or a cardiologist, the CIRM board now faces a stark choice over who will lead the San Francisco-based institute as it enters into its next phase.

Klein, a real estate magnate and lawyer who led the charge to put CIRM on the ballot in 2004, announced plans earlier this month to step down as CIRM’s chairman on 23 June. He had previously intended to do so when his term ended in December 2010. But after citizenship concerns scuttled the candidacy of his likely successor — the Canadian molecular biologist Alan Bernstein — Klein agreed to stay on for six months until a suitable replacement could be found

At the time, Klein told Nature that he wanted “another scientist or clinician-scientist” to lead CIRM’s governing board. In line with those wishes, California State Controller John Chiang yesterday nominated Frank Litvack, a Los Angeles cardiologist who has held academic appointments at Cedars-Sinai Medical Center and the University of California–Los Angeles, to replace Klein. Litvack has also founded and led several medical technology start-ups, and currently sits on the boards of several biopharmaceutical companies.

“I’m honored and thankful for the nominations that I received,” Thomas, whose firm manages more than $750 million in investments, including government bonds such as those that fund CIRM, told Nature Medicine. “I look forward to being considered as a candidate as the selection process unfolds over the next month, and I would greatly welcome the opportunity to lead the agency as it enters its next critical phase.”