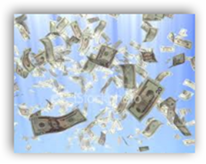 seven today.  I’m guessing that the bankers on Wall Street aren’t paying this as they get a discounted employer plan so who does that leave out there?  The numbers have dropped from around  100,000 individuals to just over 13,000 so that’s a good indication right there and there appears to be no end in sight as the rates for many are 30% higher than last year.  When you look at family coverage at over 8k, you do wonder who can afford this?  BD

Premium rates for personally funded HMOs soared last year as the number of insurers competing for business has dropped dramatically since 2004, the Daily News has learned.

One company, GHI HMO Select, is now charging individuals $3,319 a month. And GHI family coverage is a jaw-dropping $8,463 per month, the state Insurance Department said. Those rates are nearly 8% higher than last year's.

Managed Health Inc.'s premiums are a whopping 30% higher this May compared with last year - the biggest increase in the city.