Perhaps the attempted hostile take over of Tenet has opened up some other areas of investigation with the way that Community Health is doing business or should I say it certainly appears this way.  Right now hospital admissions and re-admissions are center stage everywhere you look as hospitals are facing the new Medicare rules pertaining to the fact that cardiac patients who get re-admitted within 30 days will not be paid and that is not too far down the road.

SEC Issues Community Health A Subpoena Related to Emergency Room Practices-The Gang’s All Here With Tenet, HHS and So On

I have my own thoughts on that and I think each case should be looked at individually and that an algorithm to set rules like this comes from the minds of many who actually lack some digital literacy and feel that numbers and stats can actually rule here.  It shows the complete unbalance of those making laws with the lack of ability to put a law into place without seeing all the unintended consequences, but our systems are full of lawmakers plagued with the same issues of digital illiteracy and frankly for lack of a better way to describe some of this, we have a lot of “whack jobs” running around out there trying to create laws without the required digital literacy needed today so we get goofy stuff that probably nobody can work with or interpret intelligently.

When it’s difficult to focus on real needs, the link below will show how laws regarding “puppy mills” all of a sudden takes center stage, again nuts and perhaps something they felt they could get out of the way since they could understand this area of lawmaking?

After refusing the last offer Tenet has re-filed it’s lawsuit and now we have the SEC involved along with HHS, so they are in the spotlight now after the hostile take over attempt with Tenet.  In addition two shareholders have also filed suit against the company.  Below is the post about Tenet changing their lawsuit conditions.

Tenet Healthcare Seeking Damages and Costs for Resistance of Hostile

solve this issue is that we have a provider network in California offering coders a $3 million dollar “carrot” if they can create such formulas that will help predict re-admissions and this has been backed by former HHS director, Mike Leavitt, who again has probably never written a stick of code and thus we have this belief that the magical algorithms can be created for a “cover all” formula.  This of course does not include any medical ethics here, just give us the algorithms please so we can gain control and force those hospitals to be compliant!

Let us not also forget that Mr. Leavitt sits on the board of a Healthcare financial services company too, so again how and where do interests all tie in here?  I just somewhat sit around at times and ponder all of this.

I guess when it all shakes down we will find out the parameters used for admissions and in fact determine if that CMS rule will in fact be the “algorithm” for admissions to follow.  Back in April of 2008 the Texas Medical Association put out a video that talked with doctors from an hospital in Texas who operated the ER room that were fired as they were asked to up admissions as the hospital needed revenue and when they said no and that they only wanted to admit patients who needed to be there, the hospital fired the group, so this does happen along with doctors attending administrative meetings and being told “they are not meeting their admitting quotas”.  Yes, you heard that correctly and doctors have told me this is how it has been presented to them and granted it could have been stated differently for one, but it still shows the fact that analytics are being conducted to ensure the hospital has enough money coming in to meet turn on the lights if you will. 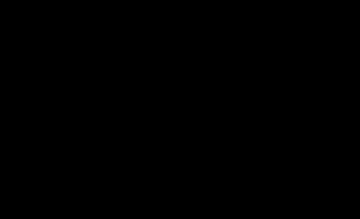 ER Medical Group gets fired over not admitting enough patients

Stay tuned for the next chapter to see what the analytics and investigation of Community Health and Sunbury Community Hospital bring to light.  BD

SUNBURY — The parent company of Sunbury Community Hospital and Outpatient Center is under federal investigations for allegedly promoting the unnecessary admission of patients to its medical facilities so it could send higher bills to Medicare.

CHS also faces a lawsuit from the target of a failed takeover, and several class-action lawsuits.

In an April 15 filing of Form 8-K with the Securities and Exchange Commission, CHS reported that it received a document subpoena from the Department of Health and Human Services’ Office of the Inspector General regarding “an investigation of possible improper claims submitted to Medicare and Medicaid.”

Form 8-K reports unscheduled material events or corporate changes at a company that could be important to its shareholders or the SEC.