Again, I think this is a waste of both time and money and when you read through the proposed bills and when someone like me who has worked with data bases looks

at the bills, what is outlined below reeks of digital illiteracy all the way around.  I already covered below what the Grassley proposal looked like and there’s this huge thing called “cost”.

Here’s some addition information too as far as what’s in those tables and how errors are numerous.  Data analytics is here to stay, but again as I always say it’s the interpretation and that’s the danger zone. 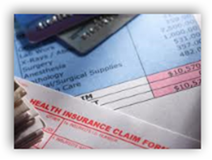 complicated can we make this process?  For the information desired you need some real long-ass queries for starters and renting space from the DOE would almost be a must for time elements here, needs super computing power and if only published annually, what good is it.  I think we are confusing transparency here with “need” and Medicare patients can download and get their own information with the Blue Button, is that not enough?

The second bill with giving a 6 month time frame, out of this world and did they ask someone like Todd Parks if this is realistic?  In addition we are going to outsource a big contract here and spend more “Medicare” money for this?  The second proposal only goes back as far as 2005 so again what good is this?  I know there are needs for reporting information and so forth and most of that is already there along with use by law enforcement agencies and so forth, so again what are we doing here?

There’s a lot more pressing issues on the agenda today so why do we keep messing with this?  If Congress used super computing power like those of IBM Watson they could get a real good idea on cost and time before opening mouth and insert bill.  With predictive modeling and simulation, with digital tools, guess what, they could see how their bills would play out, smart move huh and why don’t they think about technologies like this?

They think this is such a simple easy job, well look at the MD rating sites, heck they are riddled with dead doctors, retired doctors, doctors affiliated with hospitals they have never set foot in.  Where there is money to be saved in “cloud” services, the digital illiterate in the Senate last year denied funding for that so what gives here and again no offense, but digital illiteracy is at the heart of understanding needs and how to create laws and funding.

Last but not least does this do anything for the doctors, nope except create frustrated and confused patients and they already have enough to deal with when you look at the various online rating sites that put flawed

information out there and throw the responsibility on the doctors to find all of them and fix it.  If companies such as Healthgrades do this for a profit, the least they could do is search and get it right and not throw the responsibility back on the doctors, it’s not right and I might guess very few if any Congressmen have ever looked at one of the sites to be honest as they wouldn’t be this out of touch if so.  BD

Two more senators have proposed bills to publish Medicare claims data online, following the introduction of a joint transparency bill by Sens. Charles Grassley (R-Iowa) and Ron Wyden (D-Ore.) last month, according to an American Medical News report.
The new bills were introduced by Sens. Dick Durbin (D-Ill.) and John Cornyn (R-Texas) on April 14. Sen. Durbin's bill, the Medicare Spending Transparency Act of 2011, would publish summary-level claims data on individual physicians and other providers on an annual basic. Published information would include the amount paid, number of patients seen, total number of patient visits and the top 50 diagnosis and service procedure codes claimed.
Sen. Cornyn's bill, the Consumer Information Enhancement Act of 2011, would make Medicare claims data available within six months of the legislation's passage. The data would be available starting with the 2005 billing year, and HHS would be required to contract with three consumer information organizations to store data and report on Medicare billing trends.