I can’t remember the last time a doctor ever asked me this, in fact I don’t a doctor ever did!  Obviously this might be more prevalent in the areas of psychology or counseling as when I go in for a physical it’s not one of the normal subjects that comes up.  I have never had a doctor talk to me about gun safety. 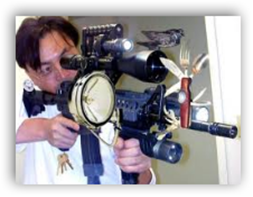 There had to be some case somewhere along the line that created a stir to bring this to the attention of the legislature to create a law.  It doesn’t make sense to spend time on a bill like this.  So if you are a doctor don’t even mention the word gun I guess and if you are a patient don’t mention them either so as not to accidentally get your doctor into a conversation about guns if you like in Florida.

How’s anyone going to enforce this and what are the real parameters!  This looks like a big waste of time somewhere along the line when we have more important issues at hand.  BD

Doctors will be banned from asking patients whether there are guns in the home, under legislation expected to be signed into law by Florida Gov. Rick Scott.
Whether a person has guns in the house may not immediately sound like a medical or health-oriented question -- unless you count not dying as a health issue. Doctors, for example, can ask patients whether they have pools, so that they can counsel them on pool safety issues. That's an important service for some parents of young children: According to the Centers for Disease Control and Prevention, a third of all unintentional deaths of children between 1 and 4 years of age were due to drowning in 2007. People often don't realize what risks there are in their own households -- and guns at home do seem to fall into that category.