Home » Medically Related » Technology » Will Your Doctor Be Giving You Their Email Address? If You are Going to Make A Payment They Might–ClearXchange With Payment By Cellphone or Email Available

Will Your Doctor Be Giving You Their Email Address? If You are Going to Make A Payment They Might–ClearXchange With Payment By Cellphone or Email Available 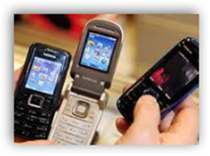 how they answer and take calls.

This is obviously to compete with PayPal and I like using PayPal though as it gives me that extra layer of security between my bank account and those who have access so it has been my preferred choice online for quite a while, due to that extra layer of encryption between myself and my bank account.  Right now the service is free but who knows how long it may or may not last.  BD

If you've ever transferred money out of your bank account, you know the hassle: Fill in the routing number and the account number. Wait, which is which? So many numbers, so many chances to screw up.

That's no longer a problem for customers of three very large U.S. banks. Bank of America, Wells Fargo and JPMorgan Chase have partnered on a new system -- clearXchange -- that allows customers to send money via cellphone or email.

"All our customers need to know is the email address or mobile number of a friend or family member and we will take care of the rest utilizing clearXchange," Wells Fargo executive vice president Mike Kennedy said. "We are talking about ... using a mobile device to send your brother the $100 you may owe him, straight to his bank account," he told The Street.

Banks "are essentially trying to regain the ground that they've lost ... and time that they've lost and wasted over the past 10 years by not really competing with PayPal," Gwenn Bezard, a research director with Aite Group LLC, told American Banker.

… Google is reportedly teaming with Citibank, MasterCard and Sprint to provide a mobile payment service of its own. Google has scheduled a press event in New York Thursday, at which time it is widely expected to announce a service that will allow consumers to pay for purchases using their Android smartphones.