Hospitals Have A New Contracted Specialty–The Laborists (Modeled after Hospitalists) 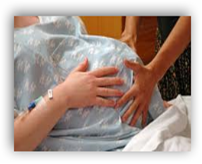 delivering babies.  Obviously their number won’t be as big as the number of hospitalists as let’s not that many babies being born.  Laborists will be on staff at the hospital at all times.  You can read the first paragraph below and see where 92 babies at the one mentioned hospital were delivered by nurses so maybe a need to have a specialist around.  Back in February of 2010, there was another specialty added by an HMO called an extensivist.  Stay tuned for the next specialty when created.  BD

Providence Little Company of Mary Medical Center in Torrance also recently switched to this model, and hospital officials say the benefits already are apparent. Last year, 92 babies at the hospital were delivered by nurses; since staffing with OB/GYNs, or "laborists," in February, just one baby has been delivered by a nurse, said Kathy Harren, chief nursing executive at the hospital.

The structure of these programs differs at various facilities. Little Company has four full-time laborists who work shifts, while Torrance Memorial has 21 laborists who work fewer shifts each so they can also maintain private practices.

The laborists are contracted by a medical group, which is then contracted by the hospital. The program costs the hospital more money, but officials say they hope it will eventually be cost neutral, mostly due to improved patient safety and lower liability costs.