40 clinics within Publix grocery stores in Florida and Georgia still operated under the name The Little Clinic but are no longer owned by Little Clinic and are being closed out.  This entails 40 locations and Publix has not stated what they are going to do 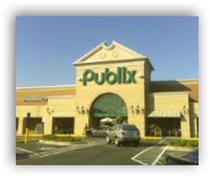 with the space yet.  Retail clinics seem to do better in a drug store atmosphere than being in a grocery or other type of setting.   Little Clinic still has retail locations open and alive in other states and many Kroger stores still house them.

Customers can receive their medical records by calling (877) 852-2677 or sending a request to medicalrecords@thelittleclinic.co  and if you remember from a short while back the clinics used eClinicalWorks and the medical record system has options to provide your patient information to include HealthVault and Google Health as a PHR to hold your medical records from past visits.  BD

Publix Super Markets has pulled the plug on its in-store miniclinic network where shoppers could get flu shots and minor ailments treated for less than a visit to a doctor's office.

The decision ends a five-year run for all 40 Little Clinics staffed by nurse practitioners in Publix stores. Last week 10 of the 12 locations in the Tampa Bay area closed, while the last day for the remaining two in Tampa and Land O'Lakes have not been set.

Solera Capital, a New York private investment fund that last year sold the rest of its Little Clinic network in other states to Kroger, said it is exploring its next step for Florida. Publix decided to terminate the leases to "focus on its core food and pharmacy" businesses.