We all know states with Republican Governors are not very popular today and Florida is one state saddled with one who is cutting costs everywhere he can.  In 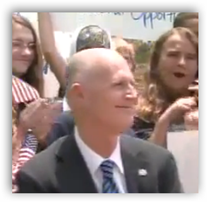 addition more money for low income care will now be going to the for profit hospitals and the government hospitals will get less.  I watched the news on TV and it was odd that he held the signing process as a senior home in Florida to where Democrats who attended and protested were kicked out.

In 1997 Scott was forced to resign as the CEO of Columbia/HCA, then the country’s largest hospital chain, while it was being investigated for massive Medicare and Medicaid fraud.  HMO profits were up because people paid more and Humana was big winner with additional profits.  HMO membership keep dropping off though as employers are dropping coverage to save money.  70 percent of the profits came from Medicare.  In the video below you can watch the “Senior Democrats” being escorted out of the ceremony and it was in the paper as a “public event”.  There were a quite a few empty seats left once the Senior Democrats were escorted out. With HMO profits up and big business getting more profits and cuts in government, it’s going to be along 4 years, unless of course a recall event surfaces between now and then.  BD 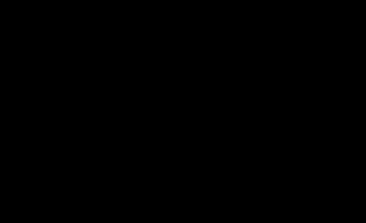 Florida Gov. Rick Scott today signed a $69 billion state budget that cuts hospitals' Medicaid reimbursement rates in the state by 12% and redistributes funding for hospitals that serve low-income patients so for-profit hospitals will receive a greater share of the cash.

The budget includes cuts totaling $4 billion compared with the current spending plan, including $510 million in cuts from Medicaid—changes that Moody's Investors Service said will have a marked negative effect on the state's hospitals. That includes $407.5 million in inpatient rate cuts and $102.9 million in outpatient cuts.

The budget maintained the low-income pool funding—money that goes to hospitals with large numbers of impoverished patients—at $1 billion. However, the distribution of those funds was changed through a legislative committee so more of it goes to investor-owned hospitals, the governor's spokesman Lane Wright said.